From students posting racist remarks on social media and parents hurling insensitive remarks during a meeting on inclusiveness.

Parents packed the Saline Elementary School cafeteria for the first of five scheduled listening sessions meant at addressing racism in the district.

In that meeting a parent told another who said his son had been racially insulted, saying "why didn't you stay in Mexico."

All of which led to a forum Wednesday night in Saline.

"That brings us to tonight and the opportunity we have to really learn at a deep level where we are and how to improve," said Supt. Scot Graden.

"It's not the prerogative of black and brown people's job to teach everybody about race," said one parent.

From the small groups emerged big ideas – some designed to impact the district and some with a bigger scope.

"There is little tweaks we can make in the curriculum, that can really help the conversation," said another parent.

"We just need to learn to listen, we need to progress as a community," said a student.

"Then why didn't you stay in Mexico?" heated debate takes over Saline Schools meeting on racism

And while this problem wasn't solved in this session, it is possible they found the people to bring about real change.

"Student behavior, community behavior that impacts our school, is something that we take seriously as a school, and we will do everything we can in our power to protect the students in our building," Graden said.

This is the first of five listening sessions that’s that will be happening at Saline schools over the next several weeks. The next one will take place next Thursday at the middle school.

The district plans to compile the findings of the sessions into a report by April. 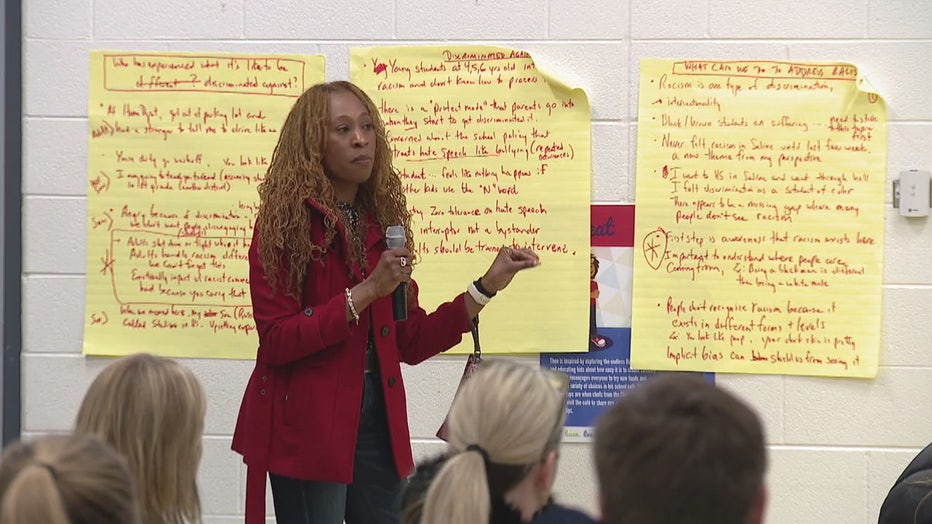