SALINE, Mich. (FOX 2) - Four Saline high school students are suing the school district after being suspended for sending what school authorities deemed were racist and harassing messages over social media.

The suit claims the district should not be able to discipline them over social media activity that happened outside school property, and also claims the messages - while self-admittedly "inappropriate and immature" - were taken out of context.

The messages in question were sent in a group Snapchat on Sunday, Jan. 26. The group contained a mix of white and Black students, and messages were exchanged that included terms like the N-word, "white power" and "the South will rise again."

The lawsuit states that at one point, one of the Black students in the group jokingly suggested everyone say the N-word at the same time to stop racism, and many of the students did so.

A statement from the school's superintendent reads, "We will not except educational environments where students are subject to conditions where their identity makes them a target of abuse."

Four students from Saline High School are suing the district over punishments handed down by the administration following racist remarks made by them in Snapchat in late January.

Later that night, the Black students logged out and left the Snapchat conversation - which caused their messages to erase from the group. When another Black student entered the group chat, the lawsuit says he only was privy to the remaining messages sent by the white students who were still in the chat. That Black student recorded a video of the group chat and later publicly posted the video.

"While Plaintiffs do not exuse the use of such language, the intent and understood usage of these offensive terms was in the context of immature banter between friends and in a joking manner. The initial children on the snap chat understood this to be the intent," the lawsuit states.

The next day at school, the four white students were all verbally suspended.

Then on Tuesday, Jan. 27, the school sent a letter to the community saying the students were guilty of "an act of racism that created harm to all of our students, especially students of color." This letter, the lawsuit claims, is what led to the media coverage and the disruption in the school environment.

The school held a public meeting the next week to discuss racism in the community, in which a tense, racist exchange took place between two parents. One parent was recalling his son crying in his room because of bullying at school, and another parent asked, 'Then why didn't you say in Mexico?' 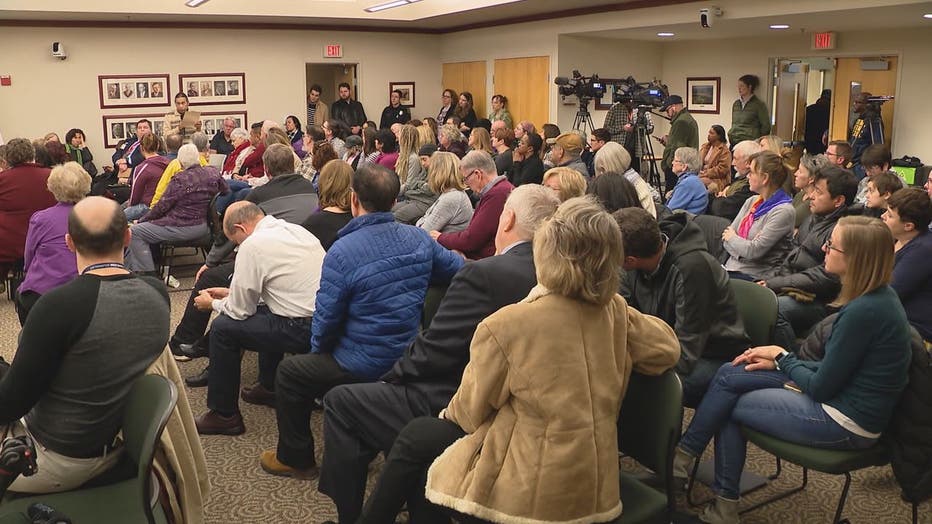 "Any disruption that occurred in the school environment was the result of the [school's] overreaction to [the four students'] speech and their violation of [the students'] constitutional rights, rather than the speech itself," the lawsuit claims.

Two of the suspended student were allowed back to school on Monday, Feb. 10 after completing a class on racism. The other two students have been recommended for expulsion.

The lawsuit says the district did not have the authority to punish the students because the messages were sent from their homes on privately-owned phones on a non-school day.

Moreso, the lawsuit says when the school finally notified the students days later, in writing, with the specific allegations that warranted their suspension, that the school cited its anti-harassment policy, which states that it only regulates conduct occuring "on school property."

The lawsuit is asking for the students to be let back into school, and to expunge any record of this "private incident" from their student record, transcript or file.

| RELATED: Saline community holds peace rally after 'Then why didn't you stay in Mexico?' remark