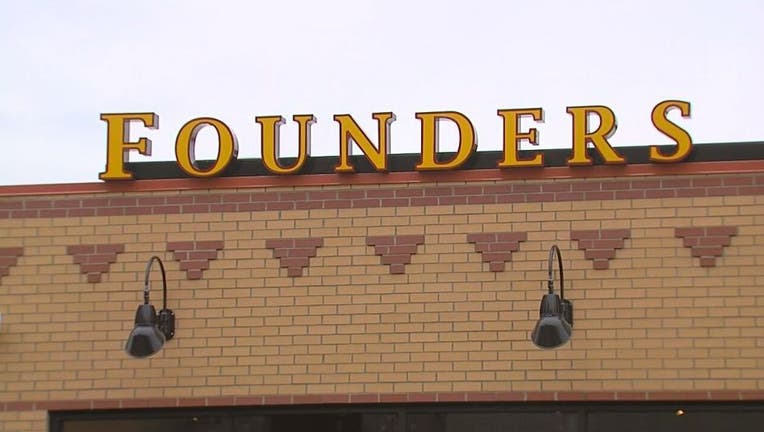 DETROIT (FOX 2) - Founders Brewing Co. is reopening its Detroit taproom this week after closing amid a racial discrimination lawsuit.

The taproom on Charlotte Street, near Cass Avenue, will reopen on Thursday, Feb. 6 at 11 a.m.

The taproom has been closed since Oct. 25, 2019, when officials said they were closing to "deal with [some] challenges" at the taproom. The closure came just a few days before the company reached a settlement with a former employee who filed a racial discrimination lawsuit.

The former employee filed the suit after being fired in 2018, shortly after notifying his supervisor that he planned to meet with human resources about alleged patterns of racism in the work environment.

The employee had said he was consistently written up for being a few minutes late while his white co-workers were not, and that racist comments by white coworkers were not addressed or disciplined. The suit added the company had electronically named its printers "white guy printer" and "black guy printer." He also alleged he was denied a promotion due to his race. Two of his white counterparts, who he trained, were promoted despite both having behavioral records with the company.

The employee and the company reached a settlement on Oct. 31, 2019.

| MORE: 'I did love that company': Former employee speaks on racial discrimination against Founders

Amid the fallout from the lawsuit, Founders also pulled out of the Detroit Fall Beer Fest and several bars and retailers announced they'd no longer going to serve Founders beer.

"After three months of progress behind-the-scenes, now is the best time to honor our commitments in Detroit and reopen the Detroit taproom," said company Co-Founder and CEO Mike Stevens. "While our intentions were good when we first launched the taproom in 2017, we need to make more efforts to connect in meaningful ways with the City of Detroit. We're going to do this right and we look forward to sharing the journey with our fans, community partners and business partners."

The owners of Founders Brewing Co. will be contributing the income from the Detroit taproom to local Detroit charities for the next three years. The company has also committed to partnering with the City of Detroit and its Detroit At Work platform to hire more qualified Detroit residents.