DETROIT (FOX 2) - Founders has closed its Detroit taproom until further notice as a former employee explains why he's suing one of the largest breweries in the state for racial discrimination.

"I did love that company with all of my heart," said Tracy Evans.

Schulz says Evans was passed over for promotions and was eventually fired when he threatened to go to Grand Rapids and tell the founders of Founders about the racism. The case has been making its way through the courts without much publicity until this week.

Evans spent four years with Founders Brewing. First in Grand Rapids and then at its Detroit taproom, he describes in a lawsuit a culture of racism within the company -- where he was one of very few people of color, where white colleagues found it funny to designate office printers as the "white guy printer" and the "black guy printer", where the N-word was used, and when brought to the attention of human resources, white employees received nothing more than a slap on the wrist.

"It gets to the point where it's just too much and any minority - a person of color, women - we go through this all the time. This isn't new," he said.

"He had tried to stand up to the treatment that was going on and some of the issues and was punished for doing so," said Evans' attorney Jack Schulz.

Schulz says Evans was passed over for promotions and was eventually fired when he threatened to go to Grand Rapids and tell the founders of Founders about the racism. The case has been making its way through the courts without much publicity until this week.

In a leaked deposition published in the Detroit Metro Times, general manager Dominic Ryan refused to acknowledge that Evans is black and claimed to not know the race of Barack Obama, Michael Jordan or Kwame Kilpatrick. That set off a firestorm with dozens of bars and restaurants severing ties and pulling Founders from their menus.

"They as an employer should be defending their employees. They should have defended Tracy, they should defend their employees now. There are beer reps out there now who are uncertain what their future has because we are one of over 100 plus accounts that have dropped Founders," said Bobcat Bonnie's owner Matt Buskard.

On Friday, Founders went so far as to close the Detroit taproom indefinitely, citing concerns for employees' safety, but saying those employees would still be paid.

Founders has also pulled out of the beer festival at Eastern Market this weekend and has canceled the release of one of their most popular beers.

"We thought, if we could come down there, open up a taproom, invest millions of dollars into that neighborhood, employ - right now we're around 60 people - we want to do our part to be a part of that community," said Dave Engbers.

Engbers one of the Founders of the brewing company. He says the Detroit taproom will re-open when the time is right but denies the company has a problem.

"I don't think we have a cultural problem for Founders at all. Founders was built on the basis of bringing people from all different backgrounds together," he said. 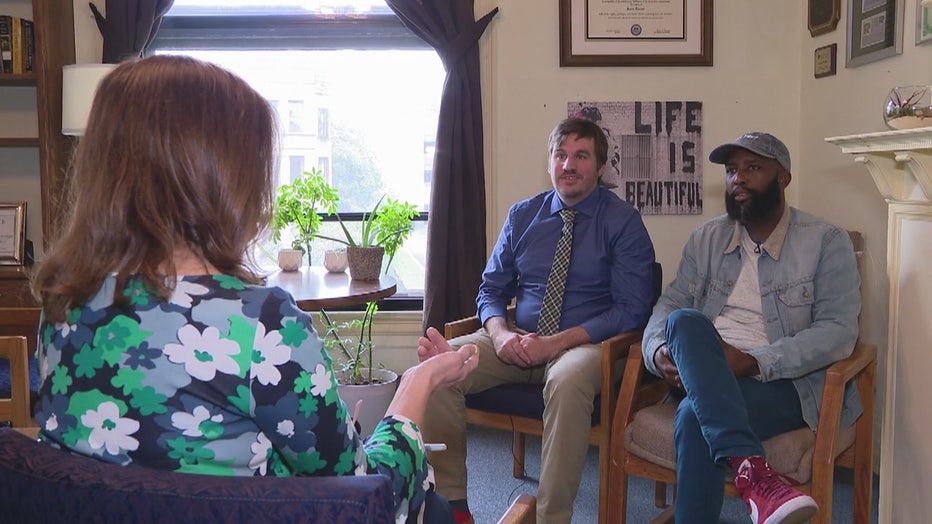 But with people and companies now boycotting the beer, the future seems uncertain.

"People are starting to use their voice and also use their dollars. We have this ability to spend our dollars in these places, and sometimes we don't realize that. We're making an impact and we just want to continue to do that," Evans said.

The next step in the lawsuit is court-ordered mediation on Monday.