FOX 2 - Seven defendants have been charged by attorney general Dana Nessel with terrorism, weapons violations, and being in a gang.

Two of those defendants accused of playing a role in plotting to kidnap Gov. Gretchen Whitmer, are 38-year-old twin brothers William and Micheal Null.

Friend of two suspects in plot to kidnap Gov. Whitmer comes to their defense

Seven defendants have been charged by attorney general Dana Nessel with terrorism, weapons violations, and being in a gang. Two of those defendants are 38-year-old twin brothers William and Micheal Null.

"The Null brothers, in particular, are kind, wonderful people," said Katherine Henry, a friend of the brothers.

"Absolutely, yes, I do believe they're part of the Michigan Liberty Militia," Henry said.

The Liberty Militia provides security for a number of rallies like the one on May 18th in Grand Rapids protesting Gov. Gretchen Whitmer's executive orders.

Henry was there, as was William Null who was seen working security, who took a picture with Senate Majority Leader, Mike Shirkey (R).

"They didn't do anything illegal with their guns as it is, they, literally just owned guns," she said.

FOX 2: "There's a charge that they are in a gang. Do you believe a gang and a Militia are used interchangeably?"

"I think our attorney general (and) our governor are definitely playing word games and calling militia gangs, and politically motivated," she said. 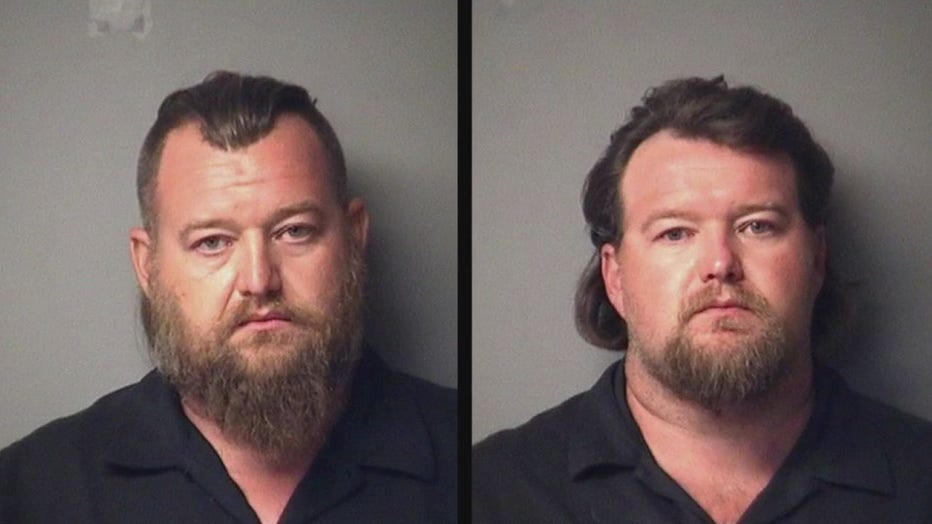 FOX 2: "Why do you think these charges are politically motivated?"

"The conversations that I've been personally involved in were people who have been trying to go through legal routes to try to hold the governor responsible, criminally, and civilly responsible," Henry said.

"Whether our leaders in the state are handling things, no I don't think they are going to get a fair trial," she said. "Unless the media steps in and shares both sides of things."

Attorney Katherine Henry reminds us that the Null Brothers- and all the defendants are innocent until proven guilty.