John Conyers' ceremony at Greater Grace Temple in Detroit was filled with soaring tributes and personal stories of his courage and kindness. Conyers died Oct. 27 at age 90 at his Detroit home, two years after resigning from Congress where he served for 50 years.

John Conyers' ceremony at Greater Grace Temple in Detroit was filled with soaring tributes and personal stories of his courage and kindness. Conyers died Oct. 27 at age 90 at his Detroit home, two years after resigning from Congress where he served for fifty years.

"He didn't fight for himself, but fought every single day for you and I," said former Detroit Piston Isiah Thomas.

"We celebrate this man today but not to the level that we should have been celebrating him," said Stevie Wonder.

Former President Bill Clinton told a crowd of people at the funeral that he not only represented people in his district but those around the country and "even around the world on the things we should all care about."

A lesser-known accomplishment, but no less important, was the legislation Conyers introduced that ensures retired musicians are paid royalties by digital radio stations. At the time the congressman said the "Respect Act keeps faith with these living legends of American music, the famous greats and the less known musicians who supported them and makes sure they get a fair share."

Outside of the church we FOX 2 spoke with Martha Reeves of Martha and the Vandellas who said for her, this will be the part of his expansive legacy that touches her most dear.

"It helps the artists get paid for their work and there was a lot of opposition. They wanted to stop playing music that was recorded before 1972. Well if they did that, they'd put me completely off the radio. And he worked with us to get that bill knocked out and pass so we would get paid," she said.

Funeral services for Rep. John Conyers on Monday in Detroit

Congressman Sander Levin served with Conyers for years and knew his fellow Democrat for more than 50 years. He worked with him, but also counted him
among his friends. 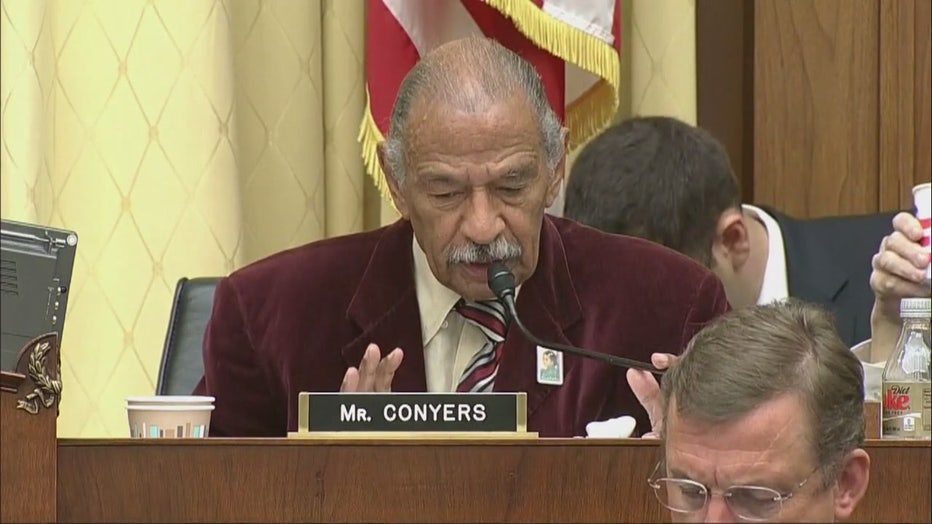 Levin spoke about how his district respected him. The statistics were staggering -- he was often elected with more than 80 percent of the vote. As a result, he was able to speak his mind, even if people didn't like it, making him an advocate for so many.

"Look at his own life, and the opportunity he had, and he took advantage of it. And the family that nurtured him, but he realized that a lot of people did not have his opportunity and so he was emphatic about every single person everywhere in this country having the kind of opportunity that he did, knowing that lots and lots of people did not," said former U.S. Rep. Sander Levin.