After 25 years, fans will get a chance to see the cast of the beloved NBC sitcom reunite in an unscripted special on HBO's new streaming service.

LOS ANGELES - It’s official: The cast of the beloved television series "Friends" will reportedly be reuniting in an unscripted special on HBO Max.

Original cast members Jennifer Aniston, Courteney Cox, Lisa Kudrow, Matt LeBlanc, Matthew Perry and David Schwimmer have all been tapped to appear in the special, according to Variety. 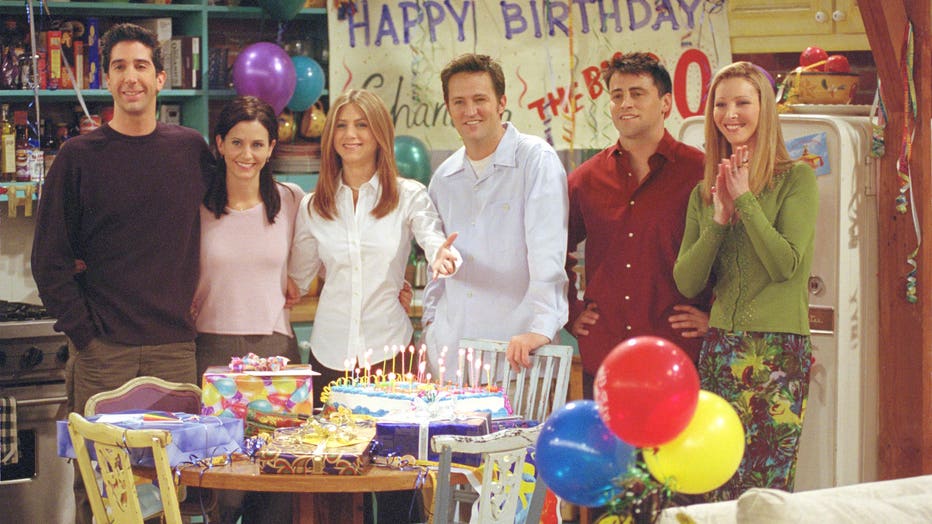 Sources familiar with the situation told Variety that each star would receive at least $2.5 million to participate in the special and that each cast member would also serve as executive producers on the project, along with Emma Conway and James Longman.

Courtney Cox, who played Monica Geller on the show, posted a photo of the cast on Instagram with the caption: "It’s happening..."

Reports about a potential reunion began surfacing last November following Netflix’s announcement that "Friends" would no longer be available on its platform after 2019.

The special, and the entire "Friends" catalog will be available on HBO Max once the streaming service officially launches in the spring.

In Oct. 2019, Jennifer Aniston, who played Rachel Green on the series, dropped hints about the possibility of a reunion special, telling fans during an appearance on Ellen: "We’re working on something."

"Friends" ran for 10 seasons on NBC from 1994 until 2004 and considered a cult classic by fans and critics alike.