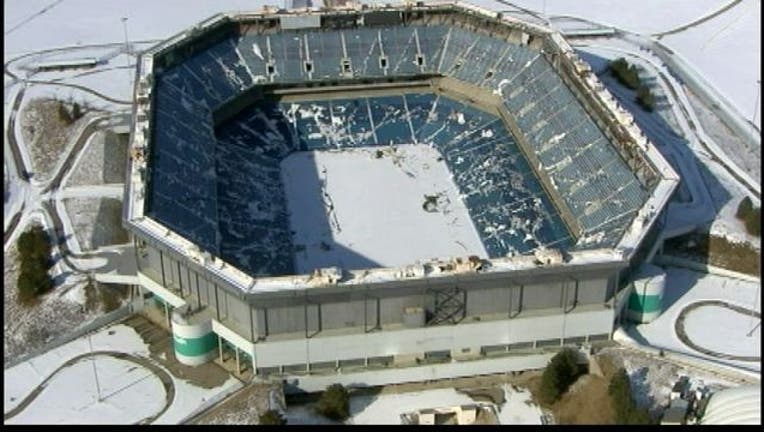 The last time football was even in the dome was in 2006 when the Pittsburgh Steelers used it to practice during Super Bowl XL. The last event was a in 2011, just before a snow storm collapsed the roof the next year, leaving it exposed to the elements.

In 2009, Apostolopoulos bought the stadium with reported plans to put in a Major League Soccer team. Like the roof of the once-amazing structure, those plans fell through.