DETROIT (FOX 2) - Love and respect are what defines the relationship between Quan Neloms and Carl Brownlee, two mentors on a mission.

But long before either found themselves on the same path, they met as teacher and student.

In Demand, a group run by black men for black men

After being inspired by his mentor, Quan Neloms became a teacher himself. His new mission is to encourage other black men by giving them a positive portrayal for them to model their own lives off of. The new initiative is called In Demand.

"I was able to shadow a teacher by the name of Carl Brownlee. I ran volunteer work in his classroom as well as after school, doing male mentoring programs and he inspired me. I became his student teacher and the rest is history," said Neloms.

History hasn't been kind to many African Americans in Detroit. For Neloms' mentor Brownlee, the way their demographic has been characterized in society negatively.

"There are a lot of stereotypes, there are a lot of portrayals of black men that are in a negative light and so seeing someone in a positive light who is bringing encouragement, whose bringing a way of having them believe in themselves I think it's very important," said Brownlee.

Recognizing a need to give young black men a new and better model for them to follow, Neloms has created a program that would fill that void.

It's called In Demand, and it's built to inspire other black men to teach, volunteer and mentor those around them. Only five percent of teachers in the country are African American men. In the state of Michigan, that number is even lower.

"Those are low numbers and what it means is that there is a perspective that is not at the table inside of schools," Neloms said, "and so particularly black boys achieve more when they have a black man in front of them - so my goal is just to put more black men who are trained, who have integrity, who are ready to teach and to be involved in the lives of young people."

Chanel Hampton, the founder and CEO of Strategic Community Partners, says it's difficult for black men to see a positive role model. And in a city that's majority black, its school system needs to do a better job reflecting those demographics. 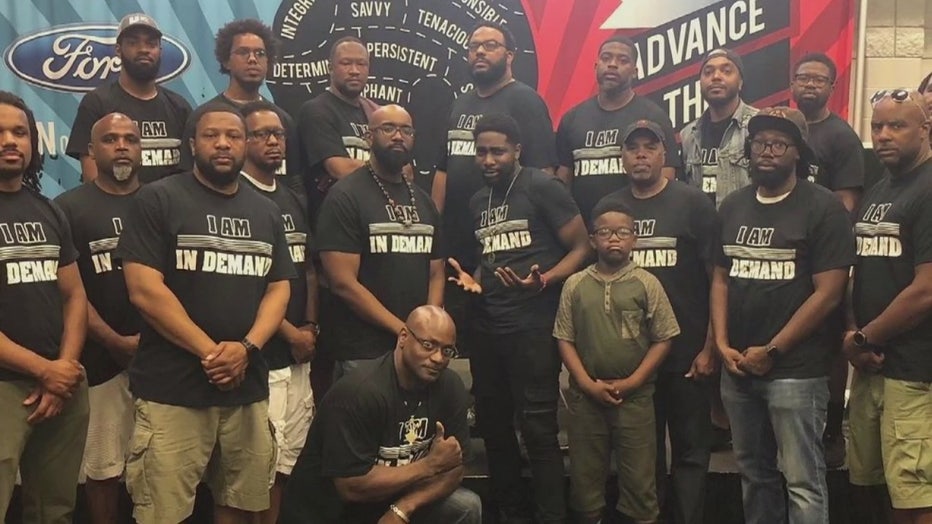 "When you think of Detroit, which is an 87 percent black city and all of the amazing young black man we have in our K-12 education system, they need to see to see teachers like Quan," said Hampton.

Hampton's firm helped launch Teach 313, a program that works to improve the status of teachers in Detroit. That group is now helping Nelom launch his mentorship program this weekend.

"In Detroit, when we look at the demographics again, it is so critical that we have black men teaching our young men," Hampton said. "Not only to be a model for other young boys who happen to be black but for all students."