FRUITPORT, Mich. (FOX 2) - Mass shooting. It was practically unheard of before April 20, 1999 when two armed students walked into Columbine High School in Colorado and opened fire on their classmates and teachers.

Fast forward 21 years and the term mass shooting is a fixture in our national lexicon. By some counts there have been more than 300 school shootings since Columbine, forcing many school districts to constantly change their security protocols.

And in Fruitport, Michigan about 33 miles northwest of Grand Rapids, they are adapting to the change.

"We are doing things in all of our buildings to help them be more secure," said Bob Szymoniak, Fruitport Community Schools superintendent.

FOX 2 caught up with Szymoniak back in October during an open house at Fruitport High School. The district was knee deep in a $48 million redesign project which includes big security changes to thwart an active shooter.

"So if you stand here and look down at the other end, you can see how the line of sight is really reduced," he said. "And then those wing walls come out to further reduce the line of sight and also offer the kids some refuge if there’s a bad guy standing here they can duck behind them."

FOX 2: "Can those stop rounds; those cinderblock walls?"

"Yes, they’re all reinforced with cement and re-rod," said Szymoniak.

From curved hallways, to protruding walls. There is a system allowing administrators to put the school on lockdown at the touch of a button.

"Then there are fire doors at the end of the corridors that close and so that reduces a person’s ability to get to other locations in the building," Szymoniak said.

There’s even impact resistant film on windows and doors.

"In the classroom, if there’s a bad guy out here in the hallway, doors lock and we have that impact resistant film, the bad guy’s not going to get in there," he said. "But as an extra measure all of the classes have an additional wall so you can hide your entire classroom and you can’t see them. 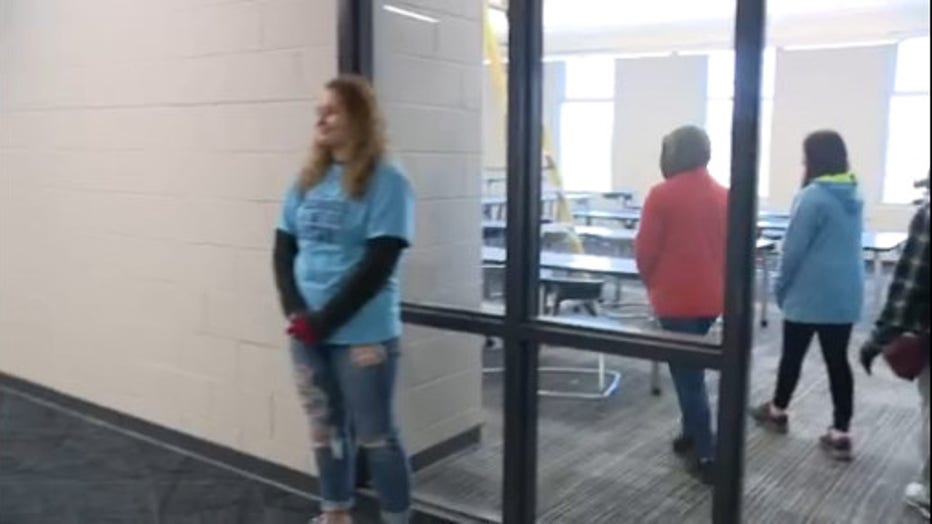 "We do think about it quite often because it’s something we have to be prepared for," said student Keyanna Nieto.

FOX 2 talked with students like Nieto and Zoe Crabtree about the changes at Fruitport high and growing up with the seemingly ever present threat of gun violence by way of school shootings.

"It’s always in the back of my head just because of all the news coverage school shootings do get," she said. "It’s sad that we have to grow up like this, but I mean we just have to adapt to it."

FOX 2: "Is that something you guys think about, once I’m 18, once I start voting, this is something that’s going to be important to me, to actually demand of my state and federal lawmakers?"

"It would be nice to feel safe all the time, getting rid of those, but I feel like it's not super realistic," Crabtree said.

"It’s up to the people it’s not just one voice, I mean we can try to make things better but if it’s not the whole people’s goal nothing is going to change," Nieto said.

FOX 2: "Twenty to 30 years ago no one would have thought they would have to redesign a school in this fashion."

"Absolutely not," Szymoniak said. "I’ve been in this business since 1986. I’ve been a superintendent since 2002 and I never would’ve imagined that we would have to worry about these things and then when Columbine happened, I thought that we’d never be the same after that. I just had this bad feeling that that kind of thing would continue to happen, and it has.

"There have been 30 some active shooters in America since the beginning of August and some of those have been in schools. It continues to happen and we have to do what we can to keep our kids safe."

More and more schools across the country are taking on safety designs like the ones here.

News of Fruitport’s remodeling project struck a nerve amongst those who want tougher gun laws - they vented on social media saying, elected officials are so afraid of banning weapons of war that we have to design our schools around them.

Fruitport parents we talked with don’t share that view.

"Do you get the flu shot? Do you get the chicken pox shot before you go into school? this is a preventative for gun shootings," said mother Rhonda Corpe.

"It is nice to see the school taking that into consideration for what the future is, what is now," said Rhonda Breese.

"It’s definitely been something we’ve thought about and that we feel really blessed that we have here with three kids in the district. We’re very grateful that they’re able to be here and be somewhere that we know they’re going to be safe," said Colleen Merkins.

"The design elements we talked about, really don’t cost a lot of money," Szymoniak said. "Some people think we designed this building for the purpose of thwarting an active shooter that’s not the case at all." 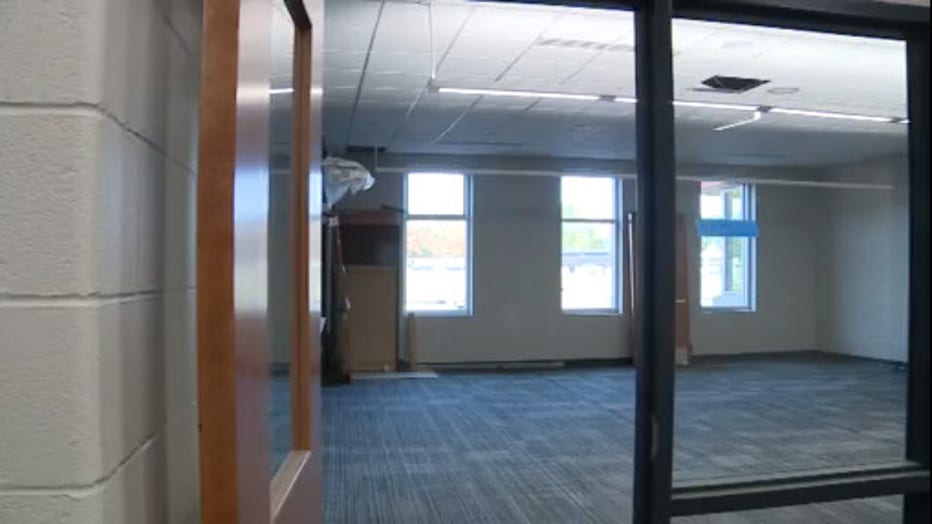 "Why focus on this why not focus resources on lobbying for tougher gun laws in Lansing and Washington DC?"

"I’m a school superintendent in a small community in west Michigan and I only have so much influence," Szymoniak. "I do talk to my lawmakers about school safety and security and again my impact can only be so much. But here in this community my impact can be much greater to make sure kids are safe and secure and with our future buildings that we do, we will continue to do that kind of work until we can get our arms around this school shooting mess that we have."

The district will finish the redesign project next year and plans to replicate safety features here at its other school buildings in the future.