WARREN, Mich. (FOX 2) - Monday evening the chaos continued outside Art Van stores in the wake of the ongoing liquidation sales.

It comes after a weekend of stores closing early with long lines of people trying to get in. In Warren people waited in lines for hours on 14 Mile to get in. As of 5:30 p.m. police say if you are in the parking lot, you will be able to get in today - but if drivers can't pull into the lot, they have to move along.

Frustration was high and the lines long outside Art Van in Warren Monday.

Cars, moving trucks and trailers were all lined up to get into the parking of Art Van Monday in Warren.

"It's very aggravating, Art Van has nothing organized, whatsoever," said one customer from his car.

People were there to pick up furniture or work out customer service disputes after the news broke last week that the company was filling for bankruptcy and closing all of its stores in Michigan, Illinois, Indiana, Missouri and Ohio.

Many customers spoke of not getting the furniture that they ordered and paid for, others were told they can have store credit - but with the stores closing, there won't be any more inventory.

Stores across metro Detroit forced to temporarily close on Sunday due to massive crowds. The store in Warren was only open Monday from 2 p.m. to 7 p.m. Stores will be reopening Tuesday at 11 a.m.

"We ordered furniture and we had it on layaway, we're here to pick it up," said one woman. "We're excited about it. I hope they still have it, you know."

"It's just a line on my resume now," said Barbara, who was an Art Van contract employee for eight and a half years.

Friday was her last day of work.

"You know I don't wish anybody ill will here, it was a good job while I had it," she said.

More than 3,000 people are losing their jobs, some of them aren't even showing up for work for fear they won't get paid.

"It was a shock to everybody," Barbara said. "It really was, but you move on." 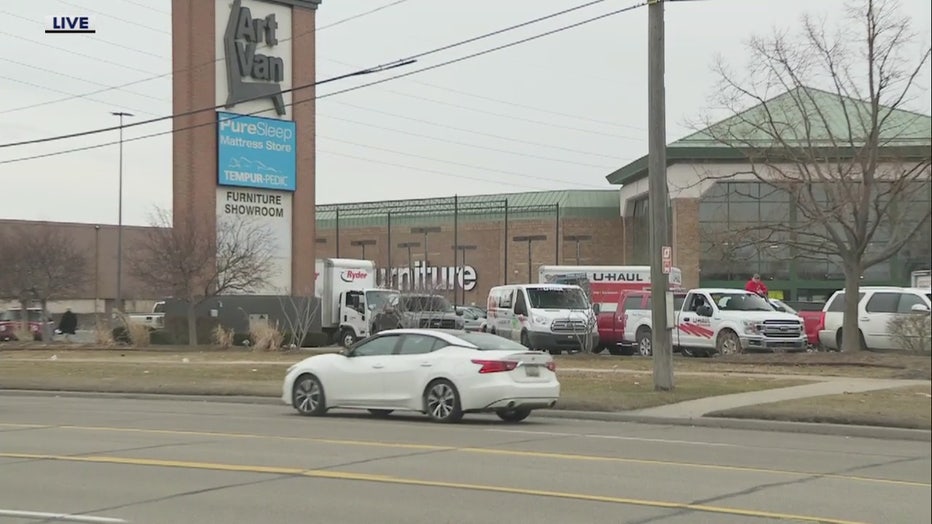