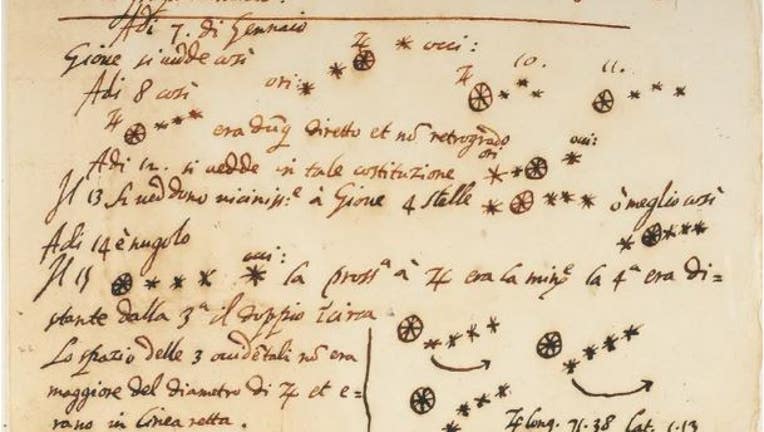 ANN ARBOR, Mich. (FOX 2) - An historic document and a jewel of the University of Michigan Library has been determined to be a fake, officials said.

The school said an internal investigation into a manuscript supposedly authored by Galileo confirmed the findings that are expected to be published in a book on the Italian astronomer.

According to Historian Nick Wilding, the Galileo manuscript housed at the library is a 20th-century fake. It was believed to have been written in 1609 or 1610.

The finding means the library will be reconsidering its placement in the collection.

"In the future, it may come to serve the research, learning, and teaching interests in the arena of fakes, forgeries, and hoaxes, a timeless discipline that's never been more relevant," a note posted on the school's website said.

The manuscript came into the school's possession after it was donated to the university when a Detroit businessman and avid collector of historical documents died.

The letter held by the library has two components on it: the top half is a draft of a letter that was part of Galileo's presentation of a new telescope, while the bottom half had notes about telescopic observations of the moons of Jupiter.

A true version of the letter can be found at an archival building in Venice.

But a review of the letter scrutinizing its authenticity came in an email to the university library's curator, with specific criticism being aimed at the watermark on the paper.