FOX 2 - A Fowlerville BP gas station owner is out nearly $125,000 after a maintenance man is accused of stealing scratch off lottery tickets for over 10 months.

"He would take the books, activate them and then delete the surveillance footage," said Fowlerville Police Chief John Tyler.

The scratch off scheme was allegedly cooked up by Christopher Bandy

A scratch off scheme allegedly cooked up by Christopher Bandy, with his winnings around $100,000 - and spent as quickly as he made it.

"We ended up taking five cars, three ATVs and a boat as part of the proceeds from this," Tyler said.

It took 10 months for the owner of this BP gas station to catch on, that Bandy, a career criminal, was stealing scratch-offs from a safe, then deleting surveillance footage from a system he actually set up for the owner.

"They are all high-dollar tickets and odds are they are going to have bigger payouts and that's what he was doing," Tyler said.

Fowlerville Police Chief John Tyler says Bandy made a big mistake - bragging to people about getting away with it.

"He got too brazen and started bragging about it and we caught up to him," he said.

Once Bandy was on their radar - the chief able to track down individual tickets with their ID codes. Police got lucky, Bandy was caught on surveillance cameras cashing in at a store in Howell.

This scheme was right in Bandy's wheelhouse, caught up on similar charges over the years. He's actually on federal probation for building a pipe bomb and throwing it down a chimney.

"He's extremely articulate, very smart, knows what he's doing with computers and IT," Tyler said. "Unfortunately he's not using his skills in the wrong way and not for good."

The seized vehicles, ATVs and boat will likely go to auction to repay the owner gas station.

"He's not going to get all his money back but he knows we worked our butt off on this case," Tyler said. 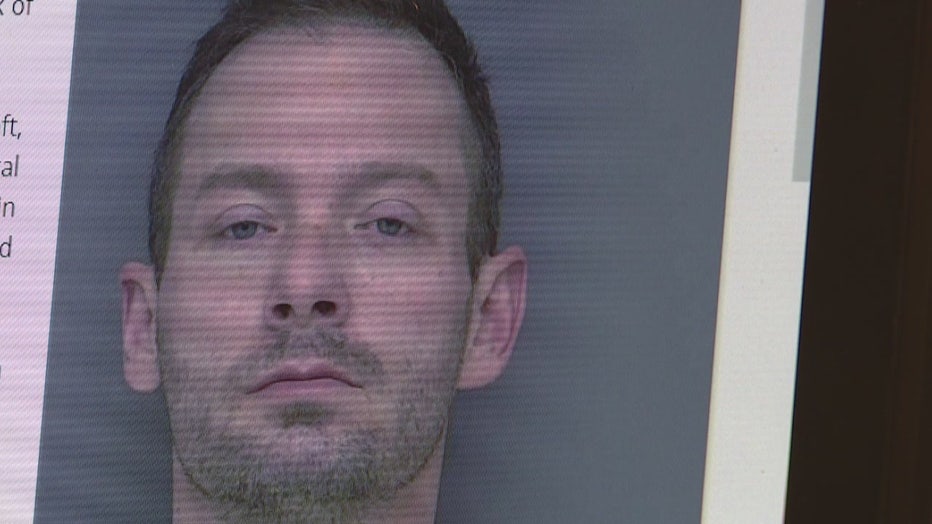