LANSING, Mich. - From budget battles, gas tax proposals and even as recent as legal sports gambling, with Gov. Whitmer's first year in office wrapping up, she says she has "no regrets."

"We obviously struggled on the budget and I think everyone who was involved recognized there's a lot of room for improvement," she said.

Gov. Whitmer sits down with FOX 2 to discuss first year in office

From battling with the legislature to her road funding tax proposal, Gov. Whitmer says she has no regrets during her first year in office.

A contentious piece of lawmaking, Michigan's budget has yet to see final approval. However, recent news shows the hurdles standing between Whitmer and her GOP colleagues in the legislature have been cleared.

"We've also indicated that we're dedicated to improving it, so as I get ready to sign this supplemental next week, we're going to put a bow on the budget and turn the page forward," Whitmer said. "We're also going to say we did it together and that budgets from now on are going to get to my desk July 1st, not push up against a potential shut down."

She expects to sign the amended rules following her veto of more than $500 million in state funding when the original budget draft was submitted.

But before there was the budget, there was her key campaign promise: Fix the damn roads. Her 45 cent gas tax was not well-received she admits, but doesn't plan to back down from finding a solution.

"We've seen for decades, legislators and previous governors say 'one-time fixes are good enough' when they knew darn well it wasn't," she said. "So I'm going to press forward. I know the $.45 gas tax wasn't warmly embraced to put it lightly, but I ran on fixing the problem, I put a real solution on the table so I did what I said I was going to do. The legislature didn't show much courage in terms of putting even an alternative on the table."

Sports betting cleared the legislative hurdle on Wednesday - a bill she said she intends to sign as well. 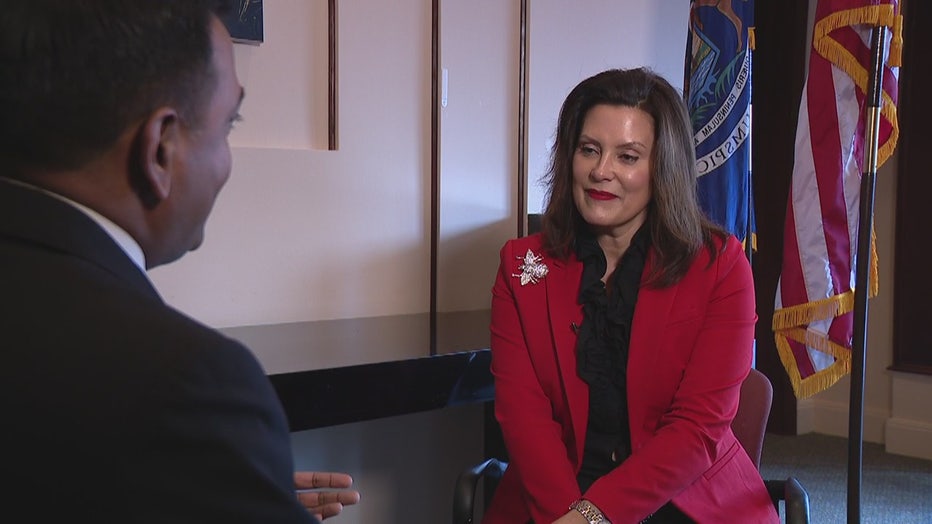 As 2019 closes, lawmakers and the governor are turning their heads toward an even busier year in 2020, which includes another presidential election.

"What I'm most concerned about is ensuring the occupant of the White House, no matter what side of the aisle they're from, no matter what part of the country they come from, understands what's happening here in Michigan," said Whitmer. "And is going to be a good partner to me to deliver on fixing the fundamentals."