Genesee County Sheriff has not ruled out democratic run for Michigan Gov.

Could Michigan Gov. Gretchen Whitmer have a Democratic challenger? The sheriff in Genesee has not yet ruled it out.

LANSING, Mich. (FOX 2) - In 2022, Michigan will hold a gubernatorial election and it's been long assumed that Governor Gretchen Whitmer would not have a Democratic opponent. But the Genesee County Sheriff says he's not ruled it out yet.

Sheriff Chris Swanson made national headlines last May when, in the wake of the George Floyd murder, he pitched his riot gear and joined the Black Lives Matter demonstrators in Flint.

The sheriff also made statewide headlines when he refused to enforce Whitmer's lockdown of the entire state. He told the residents that he applauded the governor's directive to protect the community but he would not be arresting anyone for violating the executive order.

After 27 years in the sheriff's department, the 47-year-old now making more political news by refusing to take himself out of a possible bid for governor. If he were to get in, it would be unprecedented for a candidate from the same party to challenge a sitting governor.

He said he gets asked that question regularly and calls it flattering. But is he running?

"I haven't made any decision," he said. 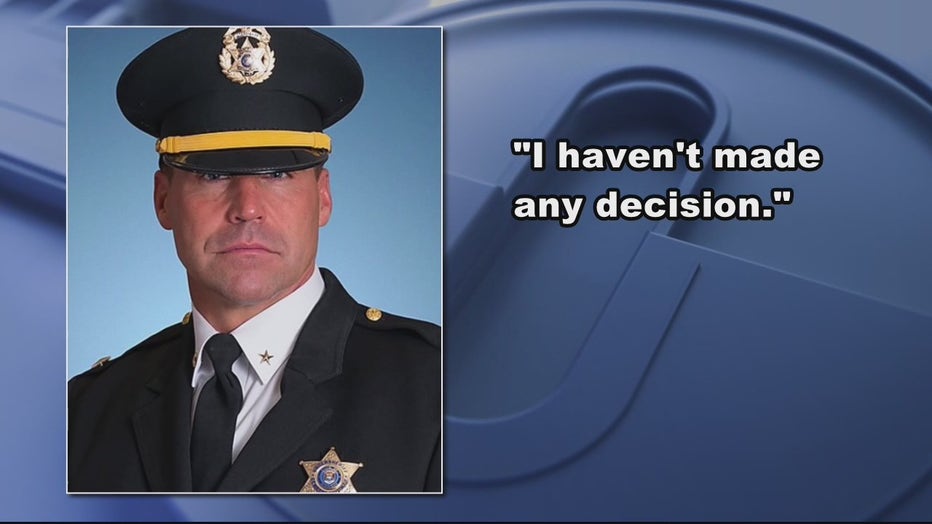 That statement implies he has a decision to make. So has he not ruled out a run for governor? He said "it would be fair" to say that.

With $10 million in her re-election coffers, the governor would be tough to beat in a primary - to say the least.

"Why would he do such a thing when the governor has a 90% favorability rating among Democrats?" he said.

If there was a democratic challenger, the governor would have to spend money to win leaving her fewer dollars for the campaign against a GOP opponent.

Even worse for the governor, the state GOP party chair and others could allege the governor is so weak even a fellow democrat is thinking about taking her on.

Considering the run could land him in bad favor with Michigan Democrats.