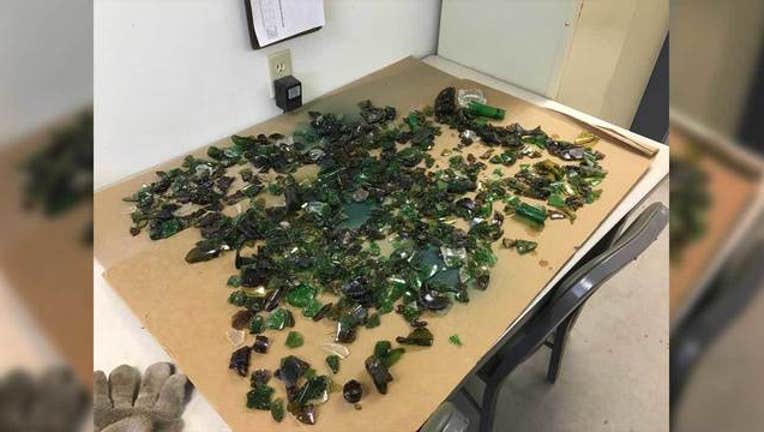 Blake says the glass wasn't dumped in one spot but was spread "fairly uniformly up and down the beach for several hundred yards."

"I am outraged by this act that is clearly intended to injure visitors to the National Lakeshore. Thousands of pieces of broken glass do not appear on the beach without malicious intent. I hope our visitors and the local community can help identify the person or persons who would deliberately harm our beachgoers, including children," Tucket said in a statement. Glass containers are not allowed on park beaches.

A similar incident happened along another area beach in October 2017.

Officials are appealing to the public for information. Park staffers and volunteers walking the beach and removing as many pieces of glass as they can find.