WARREN, Mich. (FOX 2) - The picket lines continue - at least for another eight days.

Some 49,000 UAW workers across the country are anxious to really dig into the details of this contract, but they will be out here until every one of them has eyes on this deal.

"I'm going to vote for it," said Charles Shelley, GM UAW Employee. “It’s better than what I expected."

The decision is now in the hands of rank and file members. UAW leadership is recommending and releasing the four-year proposed contract.

The highlights include a speedier path to permanency for temp workers, wage increases, an $11,000 ratification bonus for full-timers, no cap on profit sharing and no change to healthcare.

UAW worker Nelson Worley was keeping a close on the status of the Detroit-Hamtramck Plant. It will stay open to assemble an electric truck “blazing into a new era."

"I worry about job security because you're bringing in a vehicle that's been unproven," Worley said.

The UAW is asking workers to stay on the picket line as union higher ups fan out across the country talking details.

“Leaders made the decision that they felt strongly they should stay out until the vote,” said Brian Rothenberg, UAW Spokesperson

With GM edging towards an all-around agreement, Fiat Chrysler and Ford are positioning themselves for talks. This GM contract stands as a framework.

"There always are some variations to adapt to the capabilities a particular manufacturer," said Paul Eisenstein, auto industry analyst.

Auto Industry Expert Paul Eisenstein says he thinks FCA will be next.

"That could prove to be another difficult round of negotiations," he said.

The reason is FCA has the most temp workers in their force out of the Big Three. The UAW-FCA council will push hard to make full-time happen faster.

It could be a strike-worthy sticking point.

"I don't know how FCA can avoid coming up with anything other than this sort of agreement when it comes to temp workers," Eisenstein said.

Ford, with its historically better relationship with the union, is expected to go smooth says Eisenstein. 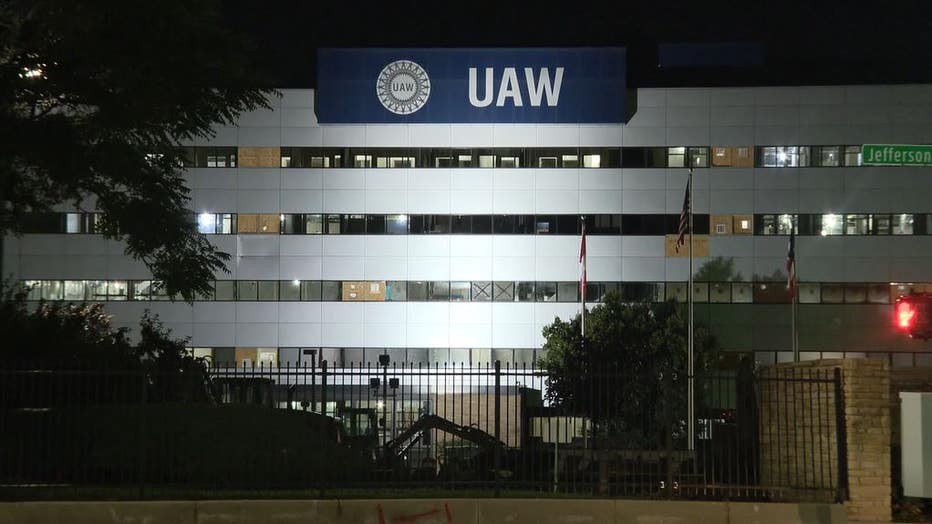 But the elephant in the room is that federal probe into corruption at the highest level of the UAW centering around relations with FCA.

"We definitely have had the influence of the corruption scandal which I do believe slowed things down in a number of ways and it could impact the next two rounds of negotiations," said Eisenstein.

While those preparations for negotiations at FCA and Ford will start to ramp up the next few days - they won't officially begin until this deal with GM is ratified. That has to happen by October 25.