DETROIT (FOX 2) - As more developments continue to reveal themselves following injuries to several Detroit firefighters, a family is asking for help for one of the men hurt worst.

After a Detroit house on the city's southwest side was set ablaze last Thursday, firefighters responded. But amid the chaos, many were hurt when the structure collapsed.

A man has been charged with five counts of arson after a house fire in Detroit was set ablaze. Several firefighters were injured during the blaze, including Mark Taylor, who was trapped inside the house with only his boot sticking out when officials went looking among the debris. Taylor, who is the president of the Detroit Fire Department clown team, experienced burns to 50 percent of his body. A Gofundme has been set up to cover what insurance won't.

"When collapses happen, you're not sure which way it's going to collapse. It'll fall like a deck of cards," said Mike Nevin, president of the Detroit Fire Fighters Association.

A quick headcount following the collapse showed Mark Taylor was still missing. He was trapped under debris, unable to move.

"He was buried and he could not move and they found his boot. They could see his boot sticking out. Mark was buried in debris all the way. You couldn't see him and he just slowed himself down and he said 'I know my guys are gonna get me," said Nevin.

And they did, but not before Taylor suffered burns to more than half of his body. Nevin said spirits among those injured are high.

"When firefighters get hurt, we're hurt," Nevin said. "You second doubt each other and you're wondering what they could have done differently and they're going through that right now."

Also injured in the fray was Alex Rodriguez, who had his leg crushed when the structure collapsed. However, the damages aren't just physical. They're also financial. And the costs are adding up. A GoFundMe has been established for both men, which you can find here. 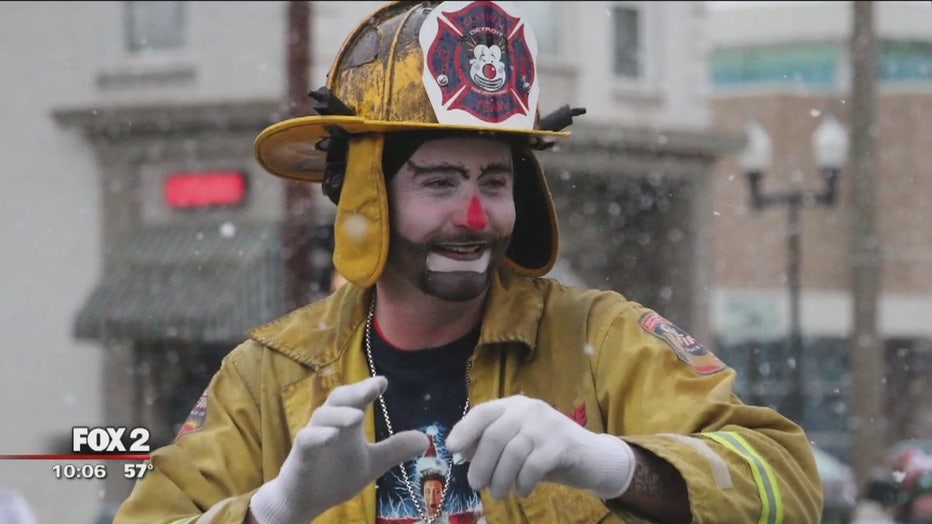