Engaging with the arts could potentially help you live longer, study suggests

Want to live longer? Engaging with arts activities such as going to museums, art galleries and concerts may boost longevity, according to new research published in the journal BMJ Wednesday.

YORK, England - Going to museums, art galleries, concerts and the theater may have protective benefits for your health and ultimately help you live longer, according to new research published in the journal BMJ Wednesday.

Researchers were curious if receptive arts engagement — this includes going to museums, art galleries, exhibitions, the theater, concerts or the opera — had any sort of effect on mortality.

Researchers analyzed the data of 6,710 community dwelling adults aged 50 or older who participated in the English Longitudinal Study of Ageing (ELSA) over 14 years. Participants’ health was monitored and they self-reported about the frequency of arts engagement.

They found that people who engaged with receptive arts activities just once or twice a year had a 14 percent lower risk of dying than people who never did, regardless of their sex, socioeconomic status and social factors.

People who engaged with these type of activities frequently (every few months or more) had a 31 percent lower risk of dying. 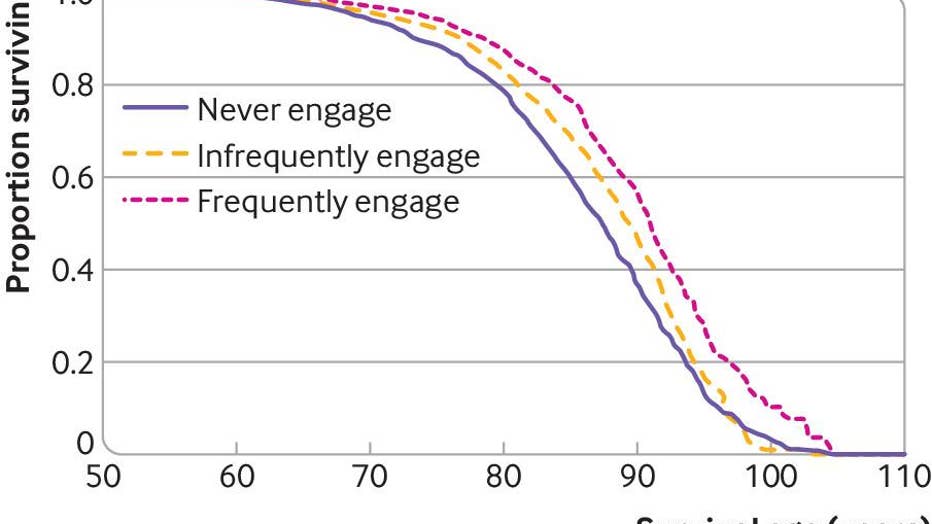 To better understand the relationship between arts engagement and mortality, the researchers then conducted analyses to determine the role that certain identified factors — such as level of social and civic engagement — had in creating the protective association.

While one might expect wealth and socioeconomic status to play a larger role in the association — those who have more money can afford to spend more on arts activities, and they also have more money to spend on taking care of themselves — wealth only accounted for about 9 percent of the total association. 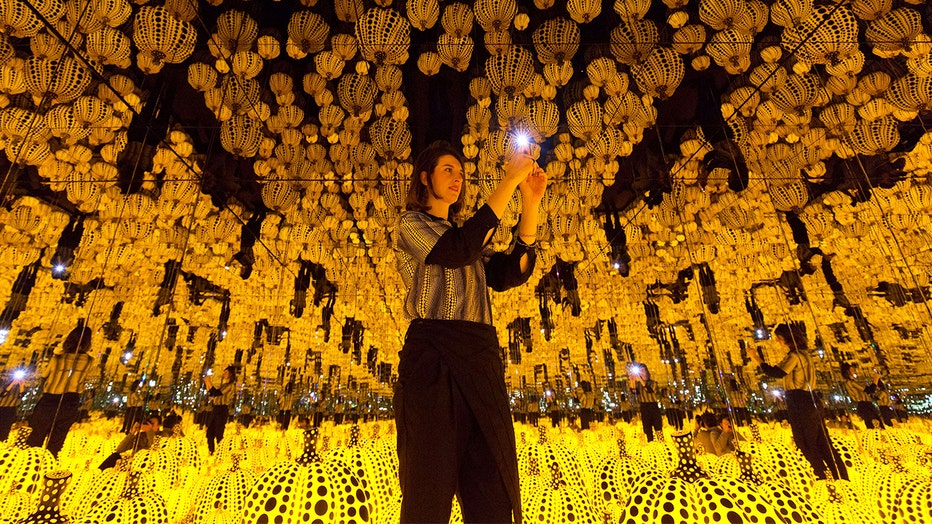 A woman poses for a photograph with an art installation entitled "All the Eternal Love I Have for the Pumpkins", 2016, by Japanese artist Yayoi Kusama, at the Victoria Miro gallery in London on May 26, 2016. (JUSTIN TALLIS/AFP via Getty Images)

While the researchers can point to these factors to explain a decent portion of the association between receptive arts engagement and lower risk of mortality, the fact that 59 percent of the association is unexplained suggests that the association exists independently — that is, that going to these kind of arts activities really is good for your health.

Within health research, there have been many studies linking arts engagement to the alleviation of chronic stress and depression, as well as providing emotional, cognitive and social coping resources. Arts activities have also been shown to reduce loneliness, which is associated with increased risk of mortality, as well as to reduce sedentary behaviors (well-known predictors of cardiovascular health and immune function). These activities have also been shown to promote empathy, social perception, and emotional intelligence — all of which are associated with greater longevity and chance of survival.

“Arts engagement is linked to a greater sense of purpose in life, which is itself associated with better immune function and healthier behaviours,” the study’s authors added. “Further, creativity and imagination, which are an intrinsic part of artistic engagement, have been linked to increased chance of survival across the evolution of our species."

Because of these wide-sweeping positive associations between arts engagement and good health, the study’s authors suggest that those who both engage with receptive arts and participate in arts activities such as dancing, painting or singing could reap even more positive health benefits. This type of participation in the arts is not only good for the mind and body, but it creates the space for social cohesion, which can strengthen communities across the lifespan.

The study’s authors note that further research is necessary to fully understand the mechanisms that link cultural engagement with longer life, and they say that it’s crucial to raise awareness of these benefits among doctors and medical professionals and to evaluate the impact of social prescribing treatment projects (i.e. collaborations between the arts and primary care).

In an editorial accompanying the study, Nicola Gill, the general practitioner training program director at the York GP Training Scheme, says that there are valuable takeaways we can glean from the research in terms of gift-giving during the holidays and beyond.

“Take a moment to consider the gifts you might give this Christmas: the painting set for a grandchild, a trip to the pantomime with your children, the quiet pleasures of a good book, or a night out dancing with your partner,” said Gill. “They all have the power to change a life.”