WASHINGTON - Google Play suspended the Parler app, which is popular with right-wing groups, from its store, and Apple has reportedly threatened to do the same if the company does not moderate "objectionable content" within 24 hours.

In an emailed statement to FOX TV Stations, Google said will be suspending Parler from Google Play until it has implemented "robust moderation for egregious content."

The company said that users of the Parler app sought to "incite ongoing violence in the U.S." Google said it had notified the app’s developers in recent months of the violations of its policies.

"In order to protect user safety on Google Play, our longstanding policies require that apps displaying user-generated content have moderation policies and enforcement that removes egregious content like posts that incite violence. All developers agree to these terms and we have reminded Parler of this clear policy in recent months," Google’s statement read.

"We’re aware of continued posting in the Parler app that seeks to incite ongoing violence in the US. We recognize that there can be reasonable debate about content policies and that it can be difficult for apps to immediately remove all violative content, but for us to distribute an app through Google Play, we do require that apps implement robust moderation for egregious content. In light of this ongoing and urgent public safety threat, we are suspending the app’s listings from the Play Store until it addresses these issues," according to a Google spokesperson. 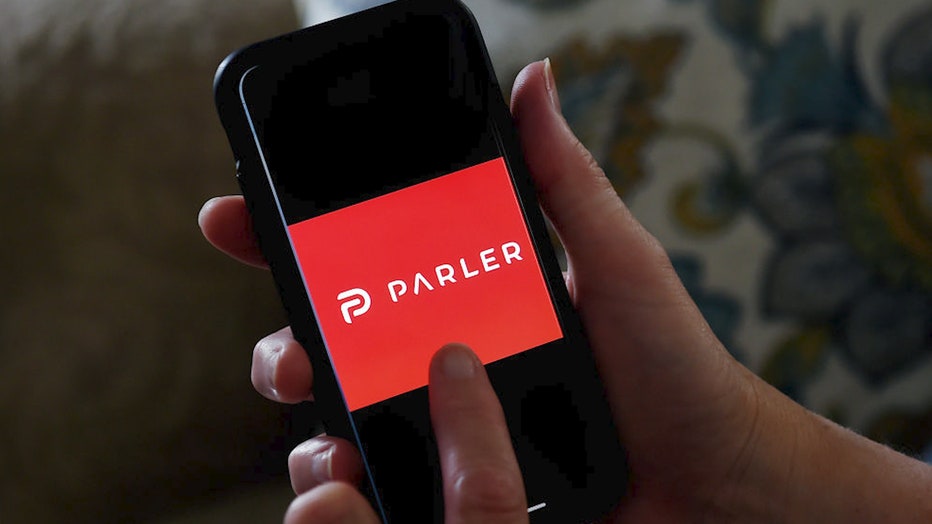 Apple is also threatening to suspend the app, according to a Reuters report. Apple said users planned a violent pro-Trump invasion of the U.S. Capitol using Parler and said that content on the app threatens the well-being of others.

Apple gave Parler 24 hours to "remove all objectionable content from your app... as well as any content referring to harm to people or attacks on government facilities now or at any future date," according to Reuters.

Parler, which was founded in 2018, bills itself as an app "built upon a foundation of respect for privacy and personal data, free speech, free markets, and ethical, transparent corporate policy."

The app had been near or at the top of the Apple App Store and Google Play's download charts in the wake of President-elect Joe Biden's victory in the 2020 election. The jump in popularity appeared to be tied to the company's intentional philosophy of not moderating content posted by its users as closely as Facebook, YouTube or Twitter do.

Facebook recently shut down a Facebook group called "Stop the Steal," which had ballooned to more than 350,000 members in just one day, after some members advocated for violence because of the false belief that Biden won the election due to widespread voter fraud. And in the days since the pro-Trump mob violently stormed the U.S. Capitol, the company moved to ban other groups that it said violated its policies by spreading disinformation about the election.

Parler CEO John Matze told FOX 5 NY's Dana Arschin in December that he defends the app's decision to leave up false information, such as a post claiming that Donald Trump won Pennsylvania. He said people should be allowed to speak freely and that Parler members can make their own judgment calls about what they read on the app. Members can also flag comments they believe to be inappropriate or offensive.

In the wake of the deadly riot by a mob of violent Trump supporters inside the U.S. Capitol on Wednesday, several social media giants — including Facebook, Instagram, Twitter and YouTube — moved to further crack down on misinformation and content that incites violence.

Twitter on Wednesday locked Trump’s account for 12 hours after several tweets that the platform said violated its policies. Facebook, too, removed a video message by Trump on Wednesday, and locked his account for 24 hours, preventing him from posting to his Facebook page.

"I know your pain, I know your hurt. We had an election that was stolen from us," Trump said in the video taped from the White House. "It was a landslide election and everyone knows it, especially the other side." Trump went on to call the rioters "very special." He added: "But you have to go home now. We have to have peace, we have to have law and order we have to respect our great people in law and order. We don’t want anyone hurt."

The president, after posting the video, tweeted: "These are the things and events that happen when a sacred landslide election victory is so unceremoniously & viciously stripped away from great patriots who have been badly & unfairly treated for so long," Trump tweeted. "Go home with love & peace."

He added: "Remember this day forever!"

On Friday, Twitter permanently banned Trump’s personal account, citing "the risk of further incitement of violence" following the deadly events that took place at the Capitol.