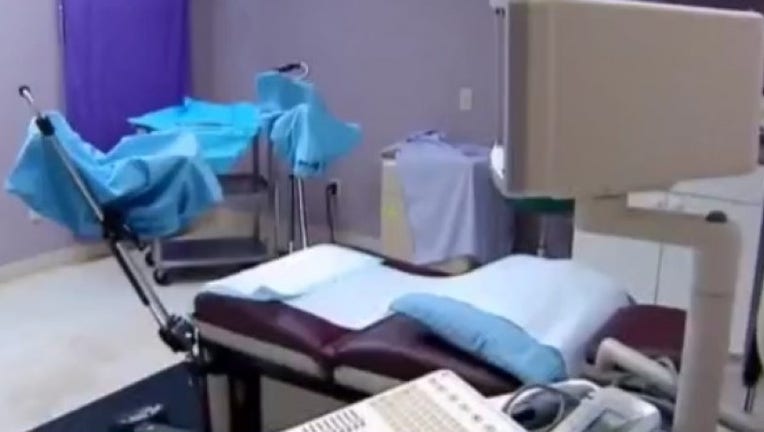 LANSING, Mich. (FOX 2) - Michigan Gov. Gretchen Whitmer signed an executive order Wednesday stating that she wouldn't extradite people who come to the state for an abortion.

With the overturning of Roe v. Wade, some states have begun the process of outlawing abortion. The practice is legal in Michigan - for now.

"After the overturn of Roe v Wade and the ensuing implementation of a series of extreme bans on abortion that criminalize women and medical professionals across the country, visitors to Michigan must know that they can access reproductive health care within our borders without fear of extradition. That is why I signed an executive order today refusing to cooperate with out-of-state law enforcement seeking to punish women for seeking health care," Whitmer said. " I will stand up for all women, even if their local and statewide leaders refuse to. Michigan must remain a place where a person’s basic rights are preserved. In this existential moment for fundamental rights, it is incumbent on every elected official who believes that health—not politics—should guide medical decisions to take bold action."

The Supreme Court ruling that overturns Roe v. Wade means Michigan lawmakers have some critical decisions to make regarding abortion.

As it stands, Michigan's 1931 state law restricts almost all forms of abortion, regardless of incest and rape. However, the 91-year-old law was suspended in a Michigan Court of Claims ruling in May in a case involving Planned Parenthood. Judge Elizabeth Gleicher suspended the law over Planned Parenthood's "substantial likelihood" of winning the case.

The temporary injunction means that Michigan has no law regulating abortion, as of now.

The next step would be getting the issue on the November ballot. The ACLU of Michigan said that it has reached enough signatures on a ballot initiative to qualify.

With Roe v. Wade overturned, the future of abortion access in Michigan is not clear. FOX 2's Charlie Langton explains what could happen next.