Gov. Gretchen Whitmer talks about her plan to protect abortion rights in Michigan

Governor Gretchen Whitmer has been talking about the reproductive rights battle for some time, specifically that 1931 trigger law that kicks in, should Roe vs Wade be repealed.

FOX 2 - Governor Gretchen Whitmer has been one of the leaders in sounding the alarm about abortion rights - even before the recent US Supreme Court opinion leak that would repeal Roe vs Wade, ending federal protection of abortions and giving states the right to vote on the issue.

Whitmer has been talking about this for some time, specifically that 1931 trigger law that kicks in.

"What happens if Roe falls is that Michigan reverts to a 1931 law that would literally make us one of the most extreme laws in the country," Whitmer said. "If you look at the national map, we go for a pro-choice stage to one of the most extreme in the whole nation, it would be a felony to provide or receive an abortion. No exceptions for incest or for rape.

"This, is a terrifying moment for so many of us, we have these rights to make her own decisions and that’s why I thought it was important to lead and to use these unique powers in my office, to take the special right to our state Supreme Court."

FOX 2: "How quickly do you think the Supreme Court here in Michigan will act and are you  hopeful?"

"I think anyone that thought it was perhaps too early to bring this lawsuit knows we are absolutely right to pursue this and it’s important that we are leading," she said. "Not every governor has these tools, but not every governor will see their state overnight become one of the most extreme states in the nation."

FOX 2: "Some prosecutors across the area said they would prosecute (abortion), others say they would exercise discretion when it comes to whether they would or wouldn't. The attorney general (Dana Nessel) said she wouldn't prosecute. What do you think of that?"

"Well I appreciate that we have some phenomenal leaders in law enforcement, who live by the status of the oath that they took and live their values," she said. "But at the end of the day, we've got to have a law in Michigan that protects all women and that’s why it’s important for the Supreme Court to act, and to recognize that under the Constitution these are fundamental rights that are unique and that they can only be exercised by the individual woman, not a judge, not a politician."

RELATED: Michigan's 1931 abortion law: Who could be prosecuted if Roe v Wade is overturned

FOX 2: "When you have discretion - one prosecutor leaning one way, and one leaning another - isn't that a slippery slope for other laws, too?"

"Well, Roop, prosecutors always have discretion, facts are brought to them and they make a determination on whether or not to charge," Whitmer said. "It would be better for everyone if our Supreme Court would clarify that under Michigan law, these rights continue to be protected for Michigan women. The most important economic decision a woman makes in her lifetime is when and if, to have children."

"You’ve said that politicians shouldn’t decide this but people should women should, by letting the states decide- isn’t that the most democratic way to handle this?"

"I think it’s preferable to have a national recognition of the right as we have had for the last 49 years," Whitmer said. "At this juncture, it looks as though the federal government may not take action and do that, I can’t speak for what’s happening in Congress, but what I can speak for, is the people of Michigan who largely support - 70 percent support - a woman’s right to choose. And that’s why I’m using these unique tools as governor to lead the way and to protect this right for all people in Michigan."

FOX 2: "So this could become a ballot initiative, if it gets 425,000 signatures to send it to the voters in November, how do you think that will all go?"

"My goal is to make sure that the law that has been, rightfully, squarely, for women to make their own bodily choices and to have autonomy as full Americans, with decision-making and agency over their own bodies, is crucial," she said. "That’s why I have initiated the lawsuit, that’s why I also support the ballot petition drive. Because I do think that we can not assume that one will be successful and the other might not. We have to pull out all the stops, and use every tool to protect women, to protect our bodily autonomy, and to ensure that my kids and other generations have the ability to make their own healthcare decision."

Lawsuit or ballot initiative. We will see how it plays out here in the state of Michigan. 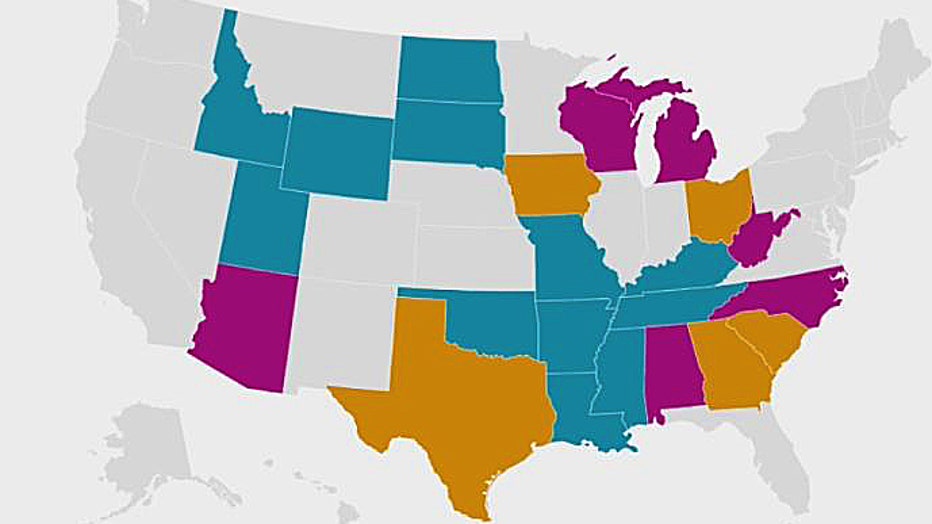