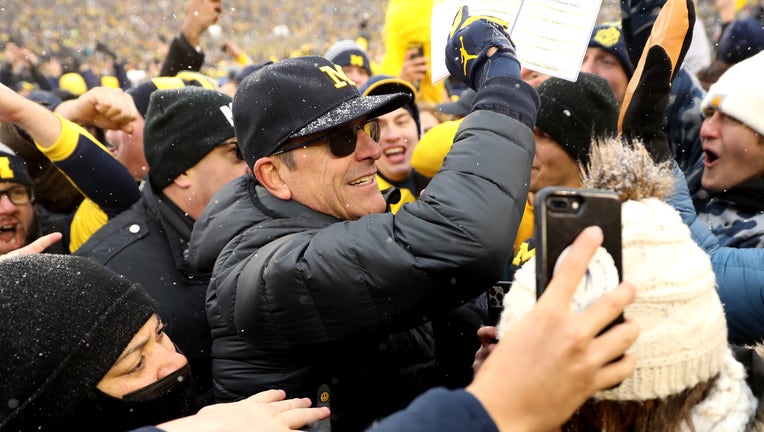 LANSING, Mich. (FOX 2) - How about a little bet to go along with rivalry week ahead of the Michigan-Ohio State football game?

Governors Gretchen Whitmer and Mike DeWine have placed a friendly wager for a very unfriendly game, which kicks off college football on Saturday,

Should the Wolverines win "The Game," they'll earn a spot in the Big 10 Championship game as well as some famous Buckeye pizza, along with a case of Stewart's Root Beer and jumbo cream puffs.

If they OSU takes the win, they'll get a pizza of even more famous Buddy's pizza and of course a case of Vernor's ginger ale.

Whitmer, whose true allegiance lies with the Michigan State Spartans has put her loyalty aside for the greater good: putting the Buckeyes in their place.

"When the clock runs out, only one team will be crowned The Victors. That's why I'm feeling good about this year's bet with Governor DeWine of Ohio," she said. "After this win, it's on to the Big Ten Championship game and almost certainly a guaranteed spot in the College Football Playoffs."

Michigan vs. Ohio State: Everything to know about The Game on Saturday, Nov. 26

The No. 3 University of Michigan will kick off against No. 2 Ohio State in one of the series' most consequential games ever.

The last time both teams entered the contest unbeaten was 2006. A whole lot has changed since then for both teams.

While OSU has dominated the series since then, it was the Wolverines that took home the win after a 42-27 drubbing of the Buckeyes.

The game isn't in Ann Arbor this year, but rivalries tend to change the dynamic of the game, which means nothing is for certain.