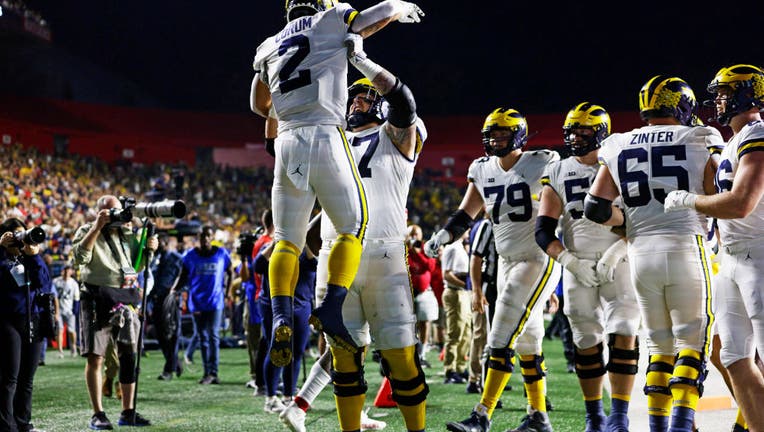 DETROIT (FOX 2) - It all comes down to this Saturday. This is the way it's supposed to be for two superpowers on the College Football stage in Michigan and Ohio State. The winner of The Game on Saturday goes to the Big Ten Championship. The loser…well, likely says goodbyes to any hopes of playing for a national championship.

The stakes have never been higher.

On Saturday, No. 3 Michigan (11-0, 8-0 Big Ten) will travel to Columbus to take on No. 2 Ohio State (11-0, 8-0). If you're a college football fan - especially a Big Ten fan - there have been fewer games as big as this one in the history of the historic rivalry. It's the first time since 2006 that both teams arrive at the annual matchup undefeated. That game went down as "The Game of the Century" and ended with a Buckeye win by a score of 42-39.

It's the first time the Wolverines play at Ohio Stadium since 2018.

No. 2 Ohio State, No. 3 University of Michigan rivalry set for another classic

"Most of the players on this team haven’t been there, obviously last time was COVID and we weren’t able to go," left tackle Ryan Hayes said. "I’ve heard stories. I’m expecting a loud, crazy environment. We’ve played in those games before. I think we’ll be prepared."

Michigan’s 42-27 win last year broke an eight-game win streak by the Buckeyes in the rivalry game and propelled the Wolverines to a Big Ten Championship game, which they won, and their first appearance in the College Football Playoff.

When is The Game and how to watch it?

The Game is at noon on Saturday, Nov. 26 in Columbus, Ohio.

You can watch every play on FOX 2, the FOX Sports App, YouTube TV, or Hulu Live. The latter of the three all require a subscription or cable/satellite login. The first one - FOX 2 - is 100% free.

The Buckeyes’ dominance in the series notwithstanding, Michigan can likely lock up a second consecutive berth in the CFP with a victory. The Wolverines lead the series 59-52-6, but they’ve lost their last nine visits to Ohio Stadium.

Michigan RB Blake Corum took himself out of last weekend’s victory against Illinois, but said he’ll be ready to go. He’s third nationally with 1,457 yards and tied for the lead with 19 touchdowns. Buckeyes QB C.J. Stroud shares the national lead with 35 touchdown passes, including 11 to Marvin Harrison Jr., and eight to Emeka Egbuka.