The incident happened after Michigan beat Michigan State Oct. 29th. As Spartan players were leaving through the tunnel, a few Michigan players are seen following them, yelling back and forth - until it turned violent.

ANN ARBOR, Mich.(FOX 2) - The Washtenaw County Prosecutor is moving forward with charges against seven Michigan State University football players after a brawl that took place after a game against the University of Michigan.

The charges include six misdemeanors and one felony against cornerback Khary Crump.

MSU had already suspended eight players following the fight which included one Spartan using his helmet against a Wolverine player. The brawl happened following Michigan's 29-7 win over the Spartans on Oct. 29.

Seven Michigan State University football players are facing charges after an assault inside the tunnel at the Big House when the team played the University of Michigan last month. One player is charged with a felony, while the others are facing misdemeanors.

The lone MSU player that was suspended but not charged is Malcolm Jones. 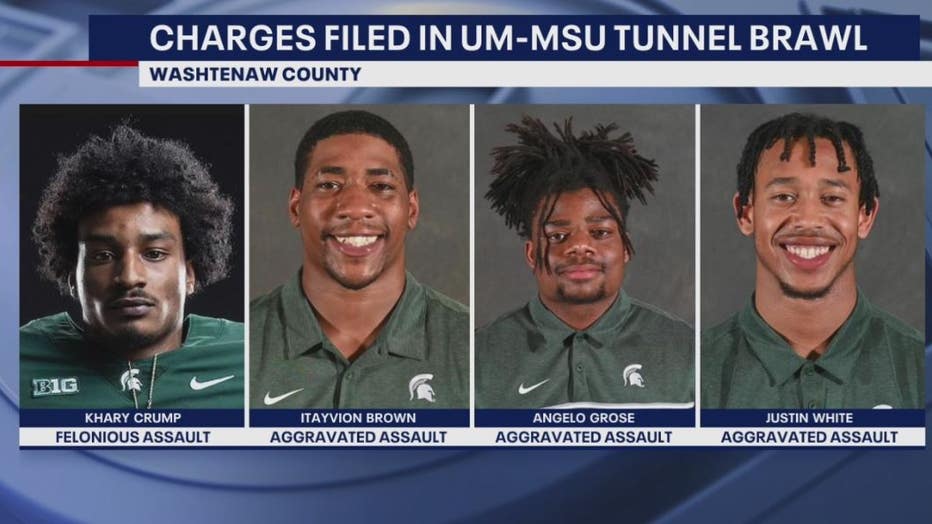 The charges are the latest development of an in-state rivalry game that became ugly after the final whistle blew. As players were heading to the locker room, fighting broke out under the stands between several MSU players and a Michigan player.

Video from the evening showed a brawl involving at least 10 MSU players when two U of M players entered the Michigan Stadium tunnel. 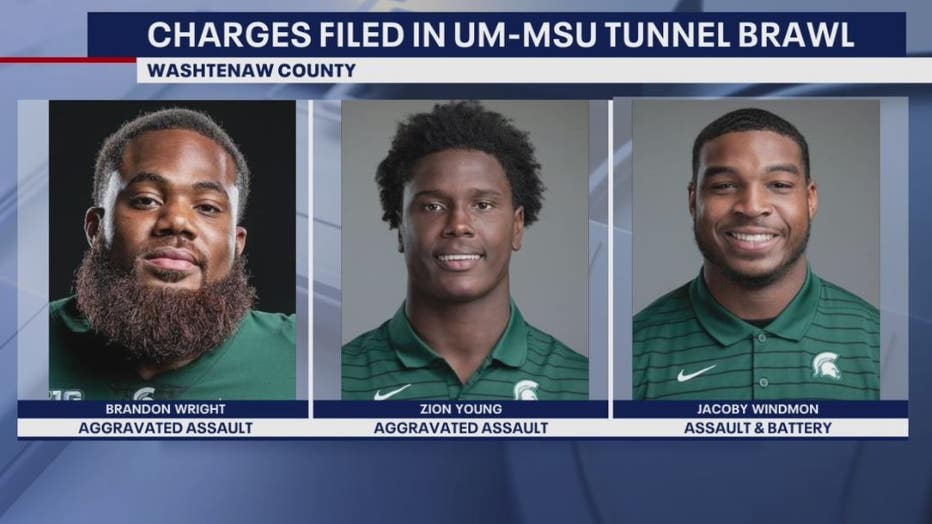 In addition to the suspensions, MSU Head Coach Mel Tucker admonished the players involved in the fight, saying there was "no excuse for behavior that puts our team or our opponents at risk."

The president of the University of Michigan, Santa Ono issued a statement, saying:

"At the University of Michigan, we appreciate the thoughtful, deliberate approach from the Washtenaw County Prosecutor’s Office to this unfortunate incident. We also want to express our concern for all the players involved, especially those who were injured. The University of Michigan will continue to cooperate fully with any additional reviews of this matter."