Great Lakes ice coverage to be lowest on record

Typically, more than half of the Great Lakes freeze each winter. That's not going to happen this year as researchers predict a record-breaking low in terms of ice on the lakes.

SOUTHFIELD, Mich. (FOX 2) - January has been very cold with temperatures below freezing for most of the month. But in December, temperatures were more than 7 degrees warmer than average. That's put the Great Lakes at risk of their lowest ice cover, ever.

At Lake St. Clair, not one of the official Great Lakes but still great nonetheless, it's at 86% coverage on ice and most of it happened over the past week. But it's one of the only ones frozen over.

All the other lakes are shockingly unfrozen, historically unfrozen in fact. Take Lake Michigan and Lake Huron specifically.

Right now they are only 8 and 11 percent frozen. NOAA forecasts that, throughout the season, they'll only freeze up about 10 and 12 percent which would be not only highly unusual but also record-breaking in their minimal-ness.

Ice cover on the great lakes is highly variable from year to year, but on average 53% of the lake waters freeze. Right now we're at 7% with a yearly maximum forecast of only 12% total.

Why does it matter?

First off, it immediately impacts winter activities that take place on the lakes - like ice fishing.

Second, a change in the freeze-thaw cycle can also impact the sensitive Great Lakes ecosystem, the shipping industry, and evaporation - which then impacts our our weather system.

In other words, because there will be more open water on Lake Michigan, it means a lot more moisture to create lake effect snow on the west side of the state.

The most troubling part, however, is that NOAA has observed a decline in yearly ice overage of roughly 5% each decade, a product of steadily warming atmosphere. 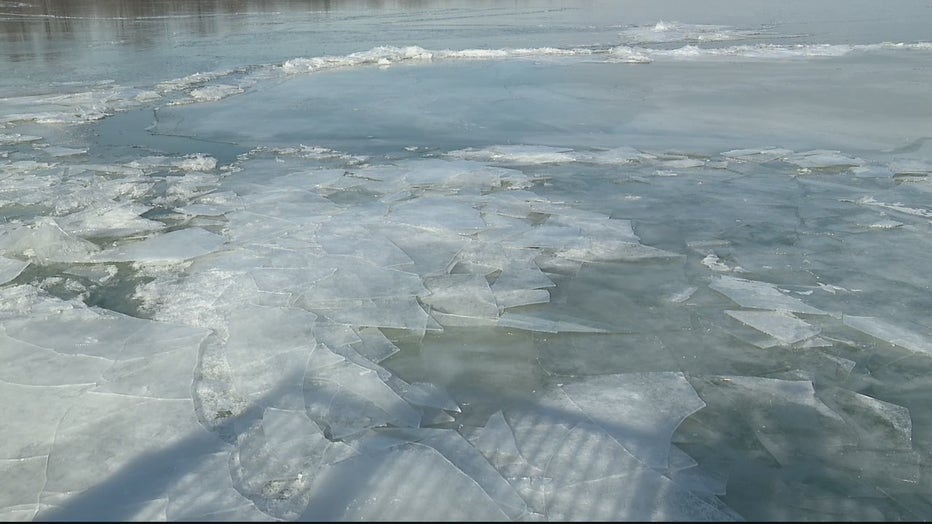