There are 13 days until Election Day and incumbent governor Gretchen Whitmer and challenger Tudor Dixon are not showing signs of slowing down as the race for governor tightens.

DETROIT (FOX 2) - The second and final debate between Michigan Democratic Governor Gretchen Whitmer and Republican challenger Tudor Dixon wrapped up on Tuesday but, two weeks until Election Day, it's far from over.

Tuesday's debate was fiery at times as they battled it out over abortion, school safety, education and the roads. A day later, Dixon and Whitmer are both responding to claims from their opponents.

"Mostly when I looked back at the debate, people were shocked by the governor's answer and schools. That's something I heard the most from people saying how could she possibly have said that people were only out for three months," Dixon said.

This has been a talking point throughout the day for the Dixon campaign. She said Whitmer closed schools due to COVID for much longer than she claimed on Tuesday. Whitmer said it's simply not true.

"As you probably recall, Mrs. Dixon was accusing me of closing schools for two years. Under my orders, schools were closed for three months, then it reverted to the local level. We did encourage a pause when we had a spike before vaccines came. But I need to clear the record and that's precisely the truth and why I make sure I pointed it out," Whitmer said. 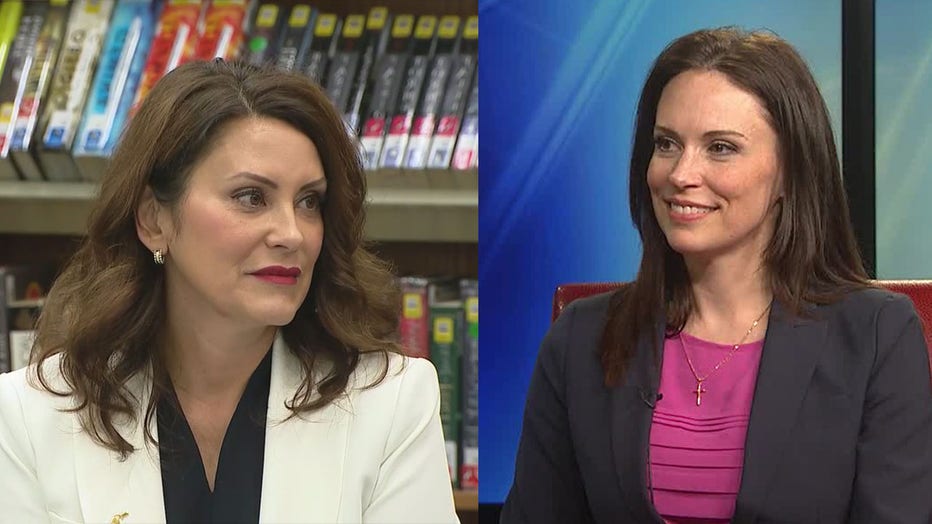 The incumbent governor is also touting her work on investing in Michigan.

"We've announced record investment in Michigan. If you're traveling the state, you see were fixing the roads, and we've delivered for historic budgets supporting public safety and supporting public education," she said.

Dixon sat down with Roop Raj for an interview that you can watch Thursday and retorts that it's about being more responsible with how the money is spent.

"We want to use taxpayer dollars in the most responsible way possible.  Like I said in the debate, nine states in the country have no income tax and those states are economically thriving right now," she said. "Let's expand our existing companies, let's help our existing businesses and make Michigan thrive again with a partner in state government."

And the governor speaking to her supporters in Canton. And yes it seems the gap between these two is closing.

Polls due out later this week are expected to give a better idea of how close this race is, which has tightened from a double-digit lead for Whitmer to a single-digit lead in recent weeks.

Before the debate even began from Oakland University in Rochester Hills, it was clear the divide is large between two people vying for your vote - with both candidates on the offensive.