(FOX 2) - Kroger grocery store workers and their union are speaking up after the company announced its decision to stop giving tens of thousands of workers an extra $2 an hour in hazard pay, or what they call hero pay.

"Kroger wants to return to normal. This is not normal. Preparing for battle every morning is not normal," said Kroger worker Kristine Holtham.

The United Food and Commercial Workers International Union is speaking out after Kroger nixed the hazard pay for grocery store workers amid the ongoing COVID-19 pandemic.

"The threat of this virus is real across every grocery store in America," said Marc Perrone, the UFCW International President.

The United Food and Commercial Workers International Union called Kroger's new offer of Thank You Pay - which gives full-time workers a $400 bonus and part-time workers an extra $200 - not nearly enough.

"This pay cut is essential to these workers and it's being taken away, even though these respective companies are experiencing record sales and profits," Perrone said.

He's calling on Kroger, along with other larger companies like Amazon and Walmart, to release COVID-19 numbers. Perrone says within Kroger and the companies the union represents, 68 grocery workers have died and roughly 10,000 have become sick or exposed to the virus - a 200% increase in the last five weeks.

"Nearly two months into this pandemic some of America's largest companies have refused to release this information," Perrone said.

Perrone said many workers are also dealing with personal protection equipment shortages and are having to reuse masks and sometimes even buy their own sanitizing wipes.

"People approach me every day. Hundreds of people a day walk right up to me with or without a mask," Holtham said. 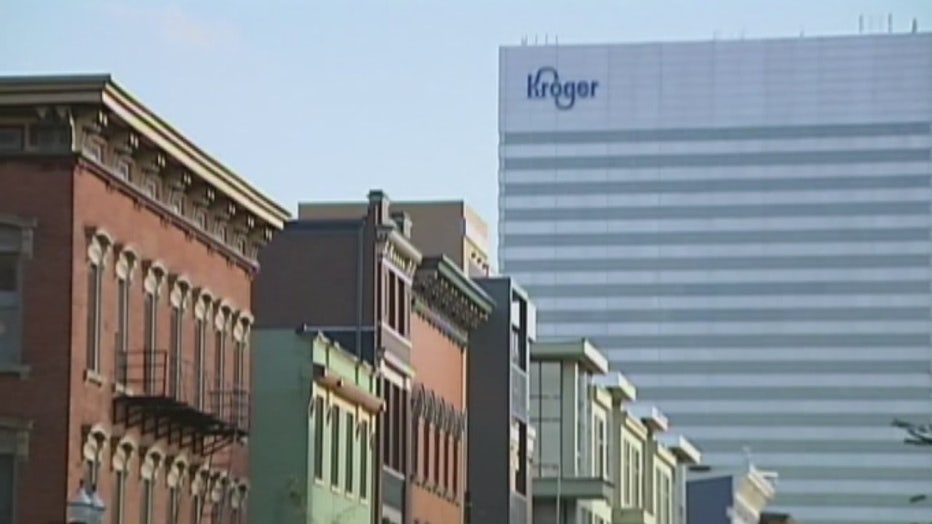 Meanwhile, Kroger tells FOX 2 the company is investing over $800 million to reward associates and says the COVID-19 case rate is below the national rate, adding that:

"The new Thank You Pay bookends an Appreciation Pay first provided to frontline associates for their efforts at the start of the pandemic in March. It also follows multiple Hero Bonuses that were paid in April through mid-May, with associates receiving their final payment by May 23."

But these workers say they deserve hazard pay until they no longer have to wear a mask to work at a grocery store.

As another grocery store employee Raquel Solario puts it: "What are we? Heroes or essential workers? Tell me Kroger. What are we now?"