GROSSE POINTE PARK, Mich. (FOX 2) - Whoever thought they could pull a fast one on 27-year-old Megan Wiley was very much mistaken.

A Grosse Pointe Park cashier with a keen eye noticed someone trying to use a counterfeit hundred dollar bill and took action.

"Someone thinking that they're meeting somebody with special needs and that they can get something over on them, that's not going to happen," said Ted Coutilish, executive director of the Full Circle Foundation.

Wiley is part of the Full Circle Foundation Program that helps special needs students transition into independent living. She was behind the register at Full Circle Upscale Resale in Grosse Pointe Park on November 19 when a guy came in trying to buy a hooded sweatshirt.

First, he tried to buy it with a credit card and when that didn't work, the man gave Megan what looked like a $100 bill. 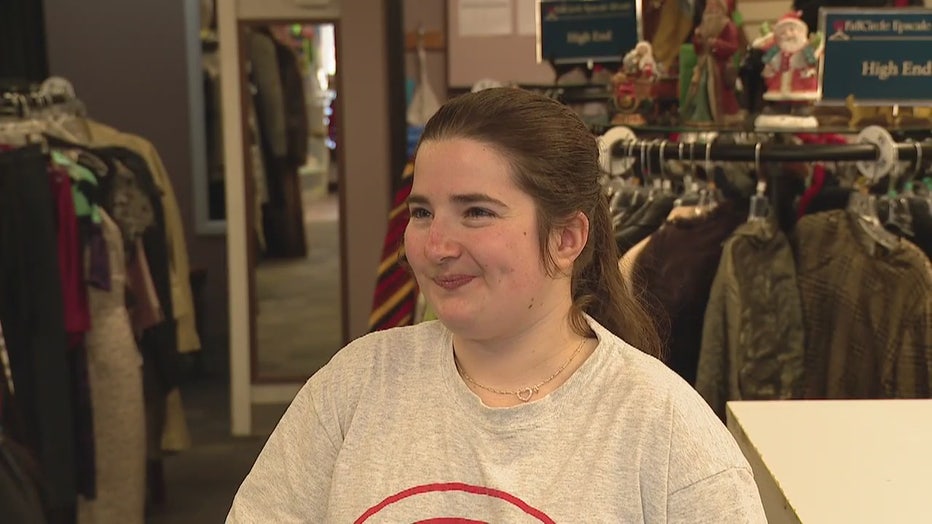 A Grosse Pointe Park cashier with a keen eye noticed someone trying to use a counterfeit $100 and took action.

Megan told the guy she needed change and went to the back of the store.

"We had another real hundred so I grabbed that one to show the difference," she said.

The purchase would have been $10 so if this guy had been successful he would have made off with $90.

This isn't the first time Megan has done this, apparently, she spotted a counterfeit $100 bill before.