When it comes to victims of rape and incest, including children, Dixon's stance has been pro-life. But doctors say the consequences are especially alarming for the youngest rape victims.

FOX 2 - Some doctors on Thursday spoke out against Tudor Dixon's stance on abortion. The Republican gubernatorial candidate opposes abortion except for the life of the mother.

"The average politician, the average voter have no idea how dangerous pregnancy can be for so many girls and women," said Dr. Stephanie Markle. "It is indeed a life-threatening condition and whether the pregnancy is planned or unplanned."

"I think it’s incredibly vague I think at that point it puts physicians and other healthcare providers in a very gray area and who defines what is to preserve life at what point, do we cross that line," Stryker said.

The two doctors also brought up states with bans on abortion since the US Supreme Court's overturning of Roe vs. Wade.

"It’s becoming very difficult," said Stryker. "Patients are sent home with active miscarriages and told they’re not sick enough to have care, or there’s still a heartbeat noted, or there is something that they know this person‘s life is in danger - but they’re unsure of the clarity on how vague the law is."

When it comes to victims of rape and incest, including children, Dixon's stance has been pro-life.

"The idea of forcing victims of rape and incest to carry pregnancies to term, is inhumane and goes against all medical ethics," Ulmer said.

Meanwhile, doctors say the consequences are especially alarming for the youngest rape victims.

"The child's pelvis is much too small for the fetus to pass through which causes long and difficult and painful labor - many times requiring a Caesarian section," Ulmer said.

Doctors say they also worry about the psychological consequences for rape victims lasting long after the baby is born.

"Immediate physical and mental trauma of rape is horrific but a young girl forced to carry and deliver her rapist's child frequently have a lifetime of mental health struggles," he added.

FOX 2 contacted Tudor Dixon's camp for comment. They said in a statement:

"There will likely be a constitutional amendment to vote on in November. Dixon goes on to say that she "will be voting no on that amendment and everyone can decide where they stand." 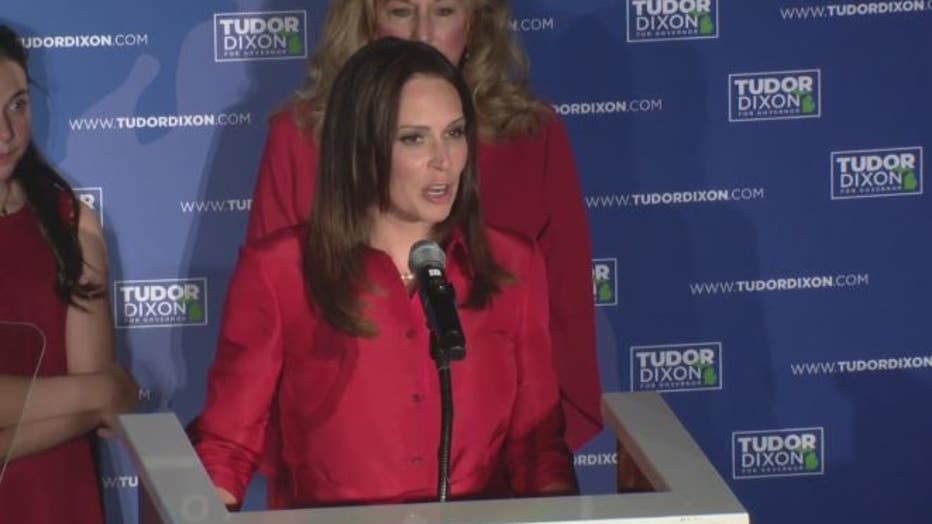