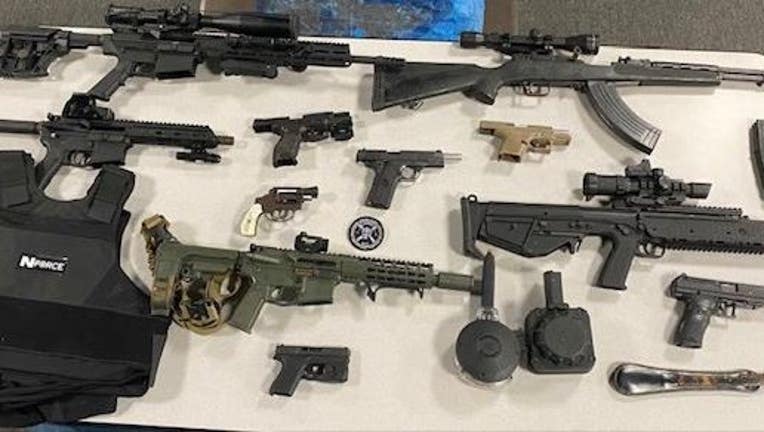 WASHTENAW COUNTY, Mich. (FOX 2) - Law enforcement in Southeast Michigan made a major bust this week when they recovered nearly a dozen firearms.

A partnership force between Livingston and Washtenaw County narcotics investigators conducted a search warrant at a home on Sept. 27, a tweet from police said.

They recovered 11 guns, including three that were stolen.

According to an image posted by the Michigan State Police First District, the guns that were seized ranged from handguns to rifles with sniper scopes on them. Body armor was also recovered.

"GUNS GUNS & MORE GUNS SEIZED: On 9/27 Livingston and Washtenaw Narcotics Enforcement Team (LAWNET) conducted a search warrant at a residence in Washtenaw County. Seized were 11 guns, 3 were stolen and narcotics. The investigation continues. Nice job by all involved."