CLINTON TWP, Mich. (FOX 2) - A portion of Hall Road in Clinton Township was closed Friday due to a gas leak that had such a strong odor, our helicopter pilot was able to detect it in the air.

Hall Road/M-59 was closed between Groesbeck Highway and Gratiot Avenue on Friday around 1:15 p.m. after a gas leak was detected, according to the Macomb County Department of Roads.

SkyFOX was overhead around 2 p.m. and reported a strong odor of gas from high above.

Authorities did not specify where the leak was coming from or if a gas line had been ruptured. There is construction in the area with the road narrowed to two lanes.

Eastbound traffic is being diverted around the area. 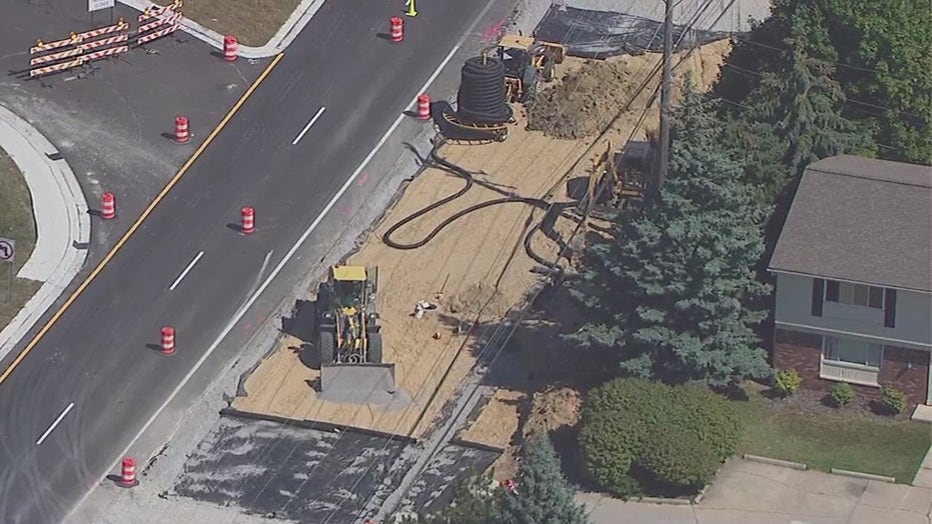