DEARBORN, Mich. (FOX 2) - Questions have swirled for nearly two years in Dearborn as Mayor Jack O'Reilly has been conspicuously out of the public eye.

"Where is the leader - who's running the town?" said Osama Siblani.

Mayor O'Reilly was pictured Thursday with the police and fire chiefs, and Congresswoman Debbie Dingell (D-Dearborn) meeting with FEMA officials. It was a rare public appearance.

For more than a year, Siblani, the publisher of the Arab American News has been asking questions about Mayor O'Reilly.

"There were like 56 Dearbornites at that time, that had passed away because of COVID-19," Siblani said. "The mayor was nowhere to be found, he did not make any statement - he was not visible."

That was more than a year ago and shortly after, it was revealed that O'Reilly, who has served the city for 31 years and as mayor since 2007, was himself recovering from Covid.

But Siblani says the mayor has been largely absent from public view when leadership matters most. First, through the deadly pandemic, and now the devastating flooding impacting 12,000 homes.

"When there is a disaster, you need the leader on the front line to assure the public to assure citizens," Siblani said. "Whether it's a pandemic or the flood, he wasn't there."

Mayor O'Reilly was pictured Thursday with the police and fire chiefs, and Congresswoman Debbie Dingell (D-Dearborn) meeting with FEMA officials. It was a rare public appearance.

On Friday the mayor released a lengthy statement saying in part:

"I want you to know I am managing a health issue that has impacted my ability to attend public engagements and make public comments as frequently as I had done over the past 31 years in office.

"I continue to completely fulfill administrative responsibilities required in the Dearborn city charter. I am working in the office every day and participating in high-level meetings regarding city operations."

He goes on to say he's designated his department directors as spokespeople and that will be the practice moving forward. 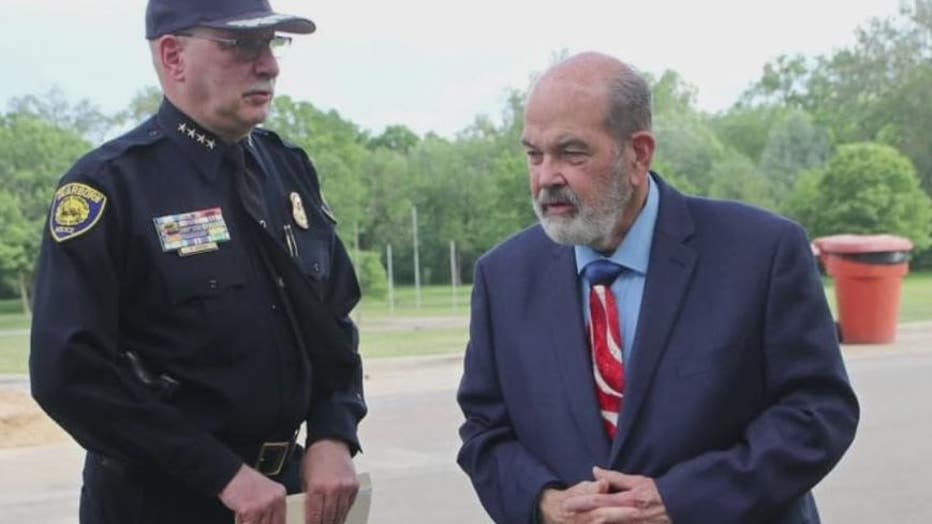 Siblani says it really is unclear whether or not the mayor is able to fulfill his duties. If not, he says, he should resign. If not, it is up to the city council to replace him.

"The charter clearly gives them the responsibility to check this out, and to take an action on it, and they did not," Siblani said.

Seven people are running for O'Reilly's seat in the November election. The mayor has asked for privacy regarding his personal health matters.

But Siblani - whose paper endorsed O'Reilly for mayor in 2017 - says this statement is not enough...

"Public officials owe their constituents an explanation, a clear explanation," he said. "Jack O'Reilly is an honest man, he's a decent man, but things happen."