(FOX 2) - The FDA has warned against taking hydroxychloroquine, but President Trump says he's taking it and isn't concerned.

Dr. William O'Neill, a world-renowned Henry Ford doctor, is leading one of the largest U.S. studies into the drug. He gives us a little more information.

A Henry Ford doctor researching hydroxychloroquine, the drug known to treat malaria, explains what the drug is and why it seems promising when it comes to preventing COVID-19.

"The drug has been available for decades. Initially, it was used as a treatment for malaria, so if you go into a malaria-prone area you get the drug as a preventative so that you don't catch malaria, and it's very effective for treatment of malaria also. In addition, it's been found to have very profound anti-inflammatory properties and so it's used in people that have rheumatoid arthritis and lupus, and literally tens of thousands of patients a year are taking the medication in the United States right now. It's an extremely safe medicine," he says.

In fact, Dr. O'Neill calls a recent report based on veterans and the dangers of hydroxychloroquine "junk science."

"The report has never been peer-reviewed, meaning that other doctors haven't been able to review the information. And it's an incredibly inaccurate, biased report," he says. 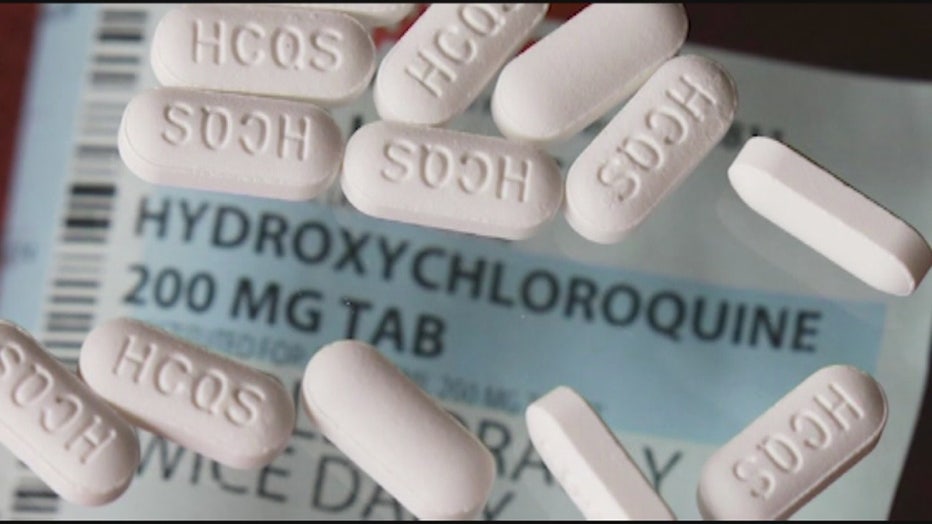 So what can this anti-malaria drug do to prevent COVID-19?

Now Dr. O'Neill is leading a large study to test the preventive power of the drug in hundreds of patients who are at high risk of exposure: healthcare workers.

"Here at Henry Ford, we were having 50 or 60 people a day becoming infected so it really is a huge potential risk."

The drug has shown promise in patients around the world.

"Patients in China and patients in Italy are taking hydroxychloroquine on a regular basis for the treatment of lupus or rheumatoid arthritis have very, very low risk of developing COVID infections. And so we're testing that theory, that if you're taking the drug and get exposed to COVID you won't become ill, and we're doing it in a very scientific way."

That means for eight weeks some patients get the drug some don't and no one, not even the doctors, know the difference.

While he's not in the study, President Trump is taking the same dosage of the drug for the same purpose, to prevent COVID-19. Dr. O'Neill says it might make medical sense.

He also says he hopes to have some preliminary results in a couple months, with final results available in the end of summer.