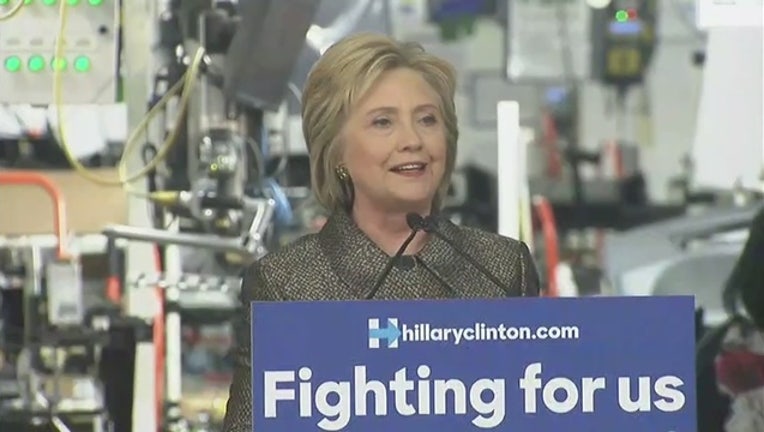 DETEROIT (AP) - Former Secretary of State and current Democratic presidential candidate Hillary Clinton will give the keynote at the Detroit NAACP Fight for Freedom Fund Dinner.

The Detroit chapter of the National Association for the Advancement of Colored People on Monday announced Clinton as the main speaker at the May 1 event.

Clinton also gave the event's keynote in 2004. Her husband, former President Bill Clinton, also has delivered the keynote at the annual fundraiser.

The organization says the dinner draws 10,000 people each year to Cobo Center and is the Detroit NAACP branch's largest fundraiser.

Hillary Clinton and Vermont Sen. Bernie Sanders are vying for the Democratic nomination for president.