It is unclear what the extent of the fire was, but the front of the church, originally built in 1882 by German Settlers, showed external damage. The church was dubbed West Mound, originally built on a small hill west of Wyandotte.

According to city of Taylor spokesman Karl Ziomek, the church may be a total loss. 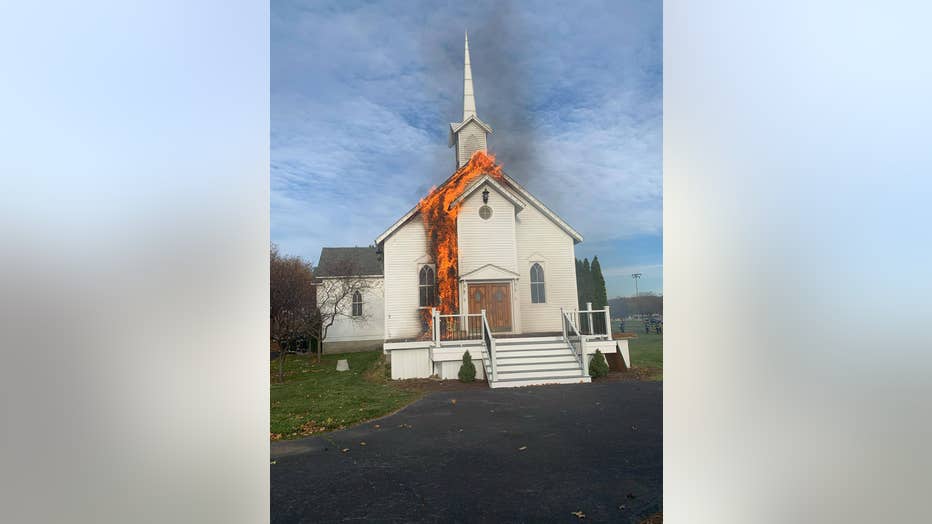 "(It) appeared to start near front left and quickly was blown by wind straight up and through the roof to the back," he said.

An investigation into what started the fire is underway. 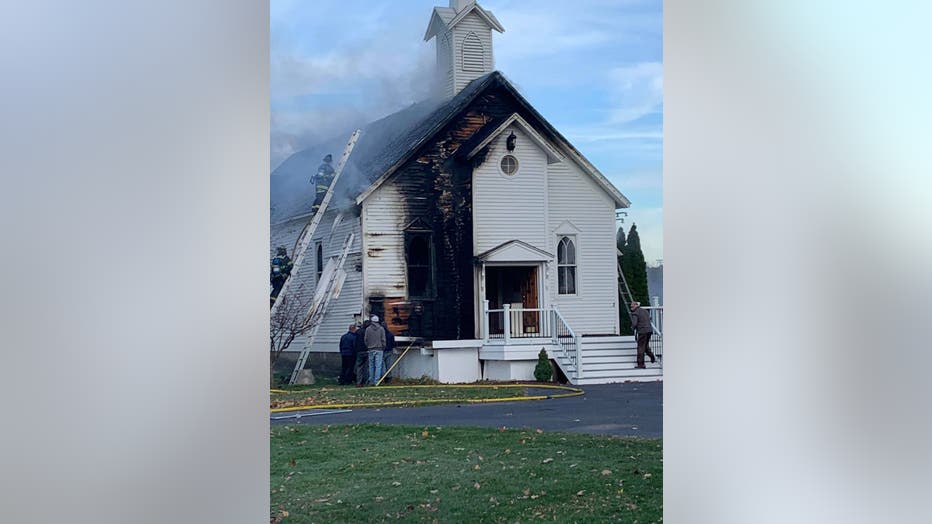 According to the city, the church was used as a sanctuary until 1962, and afterward as a daycare center and youth meeting place. The Taylor Jaycees hosted their Haunted House in the building from 1975 - 1978. 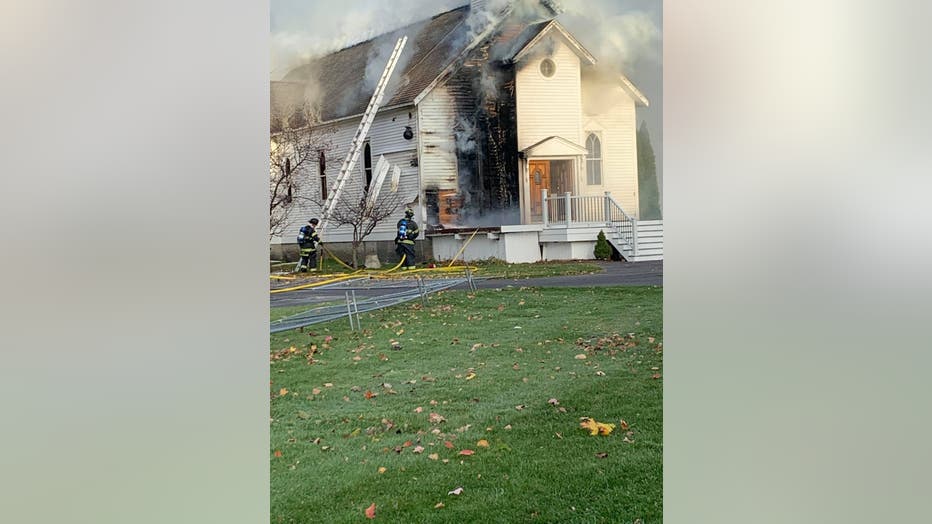 Through the efforts of The Taylor Historical Society and volunteers, the City relocated the building to Heritage Park in 1994 and fully restored to its original condition. Replica pews, a restored pulpit and lectern, rebuilt 1845 pipe organ and stained glass windows. 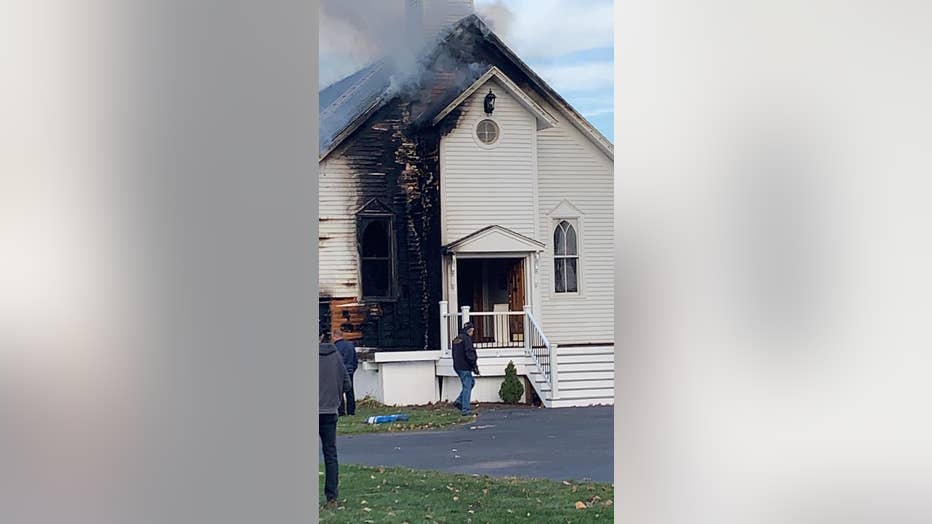 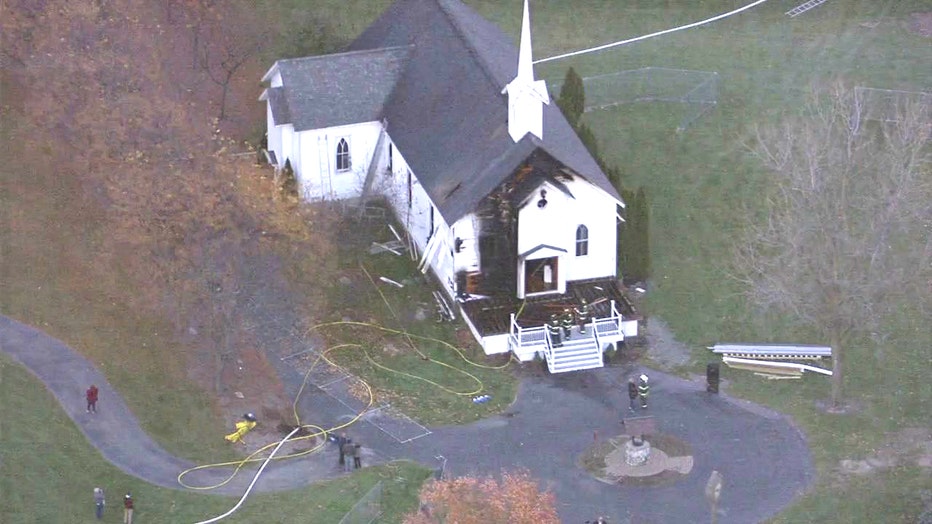