MADISON TWP., Mich. - Michigan State Police are investigating an attempted break-in at a resident in Madison Township, which is located in Lenawee County.

Home footage captured of the incident recorded two individuals exit a pickup truck and attempt to open the front door into the house. 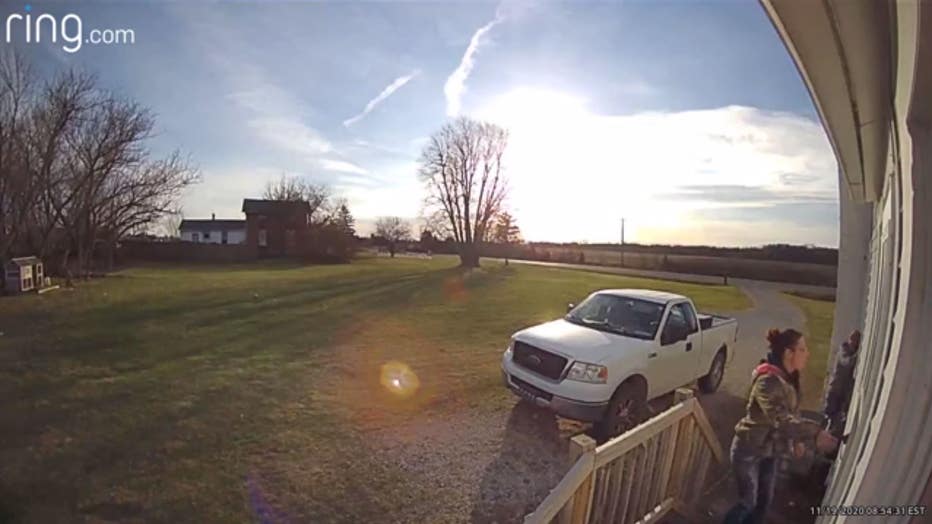 The duo made several unsuccessful attempts to get into the house, checking for multiple points of entry.

In the video, a woman dressed in camouflage-style clothes entered the screened-in porch area of the residence and attempted to gain entry through the interior door, but was unsuccessful.

The suspects are one white man and one white woman. The man has dark hair and sideburns and wore a grey sweatshirt and a tan hat with sunglasses. The woman had dark hair.

Both arrived in a white two-door Ford F-150 pickup truck with a toolbox in the cab.