Murder suspect kills self after barricaded standoff inside home

Detroit police say the man was the suspect in a murder on Oct. 2.

DETROIT - A murder suspect that had barricaded himself inside a Detroit home Friday afternoon died by suicide an hour after police located him.

Detroit police initially identified the suspect earlier in the day when they were doing surveillance. The suspect, who became aware he was being followed by police, fled before locking himself inside a home Friday afternoon.

Chief James White said patrols had spotted the suspect before calling for a marked scout car and attempting to stop the man, who fled into a gas station, before telling someone inside he needed assistance.

The citizen the suspect met said he could use his phone at his house, which was nearby. Once inside, the suspect revealed he was wanted for murder, at which time the citizen left his house.

Police then set up a perimeter in the 300 block of Ewald Circle near Davison, stationing near Tuller.

Officers deployed social workers, a crisis intervention team, and negotiated with the suspect. He was believed to be armed and dangerous at the time.

The situation prompted police to move people that lived nearby and White thanked them for their patience. 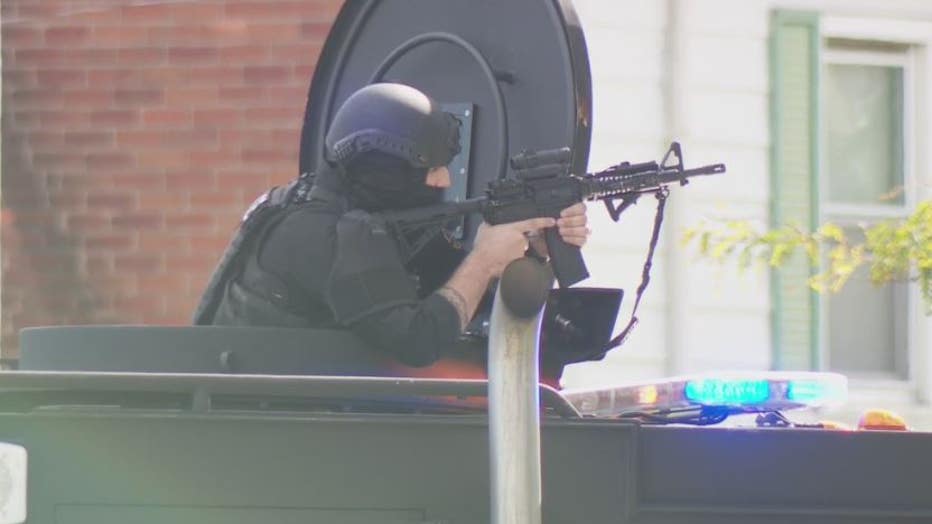