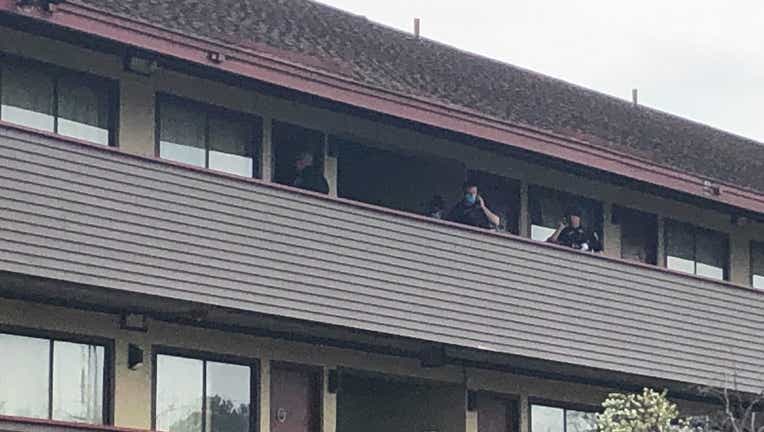 Southfield Police investigate after a woman's body was found inside a room at the Red Roof Inn on Monday, April 19.

SOUTHFIELD, Mich. (FOX 2) - Police in Southfield said they're investigating the death of a 27-year-old woman Monday after managers at the Red Roof Inn investigated a foul odor and found the woman's body.

According to police, they were called to the Red Roof Inn on Northwestern Highway on Monday by management at the hotel. Police said staff found the woman unresponsive and immediately called police.

Southfield police said the woman is approximately 27-years-old and the cause of death is unknown. Police also couldn't say if foul play is suspected.

Anyone with information on this incident is asked to call the Southfield Police Department at (248) 796-5331.