Hundreds turned out, but the twist was that the women worked with police to keep it peaceful.

The movement goes Downriver. Two young women organized a protest against police brutality and systemic racism in just a couple of days.

"What we are trying to spread is love, peace and unity," said Cindy Michel, protest organizer.

With no well-known organization backing them it was just two young women looking to make a difference.

"I wanted to use my voice to organize something for Black people to be heard," said Tia Alvarado, protest organizer.

And they were - the march closed down part of Southfield Road Thursday afternoon with stops at the Lincoln Park and Allen Park police departments.

"It's been incredible, it's been awesome, it's everything we hoped it would be," said Det. Jim Thorburn, Allen Park police.

Thorburn was one of dozens of officers keeping it safe as protesters spoke out against police brutality.

"They had already organized to make sure it’s safe for us to park here, make sure the roads are blocked off and we were kept safe walking in the road," Alvarado said. "It has been great to feel support." 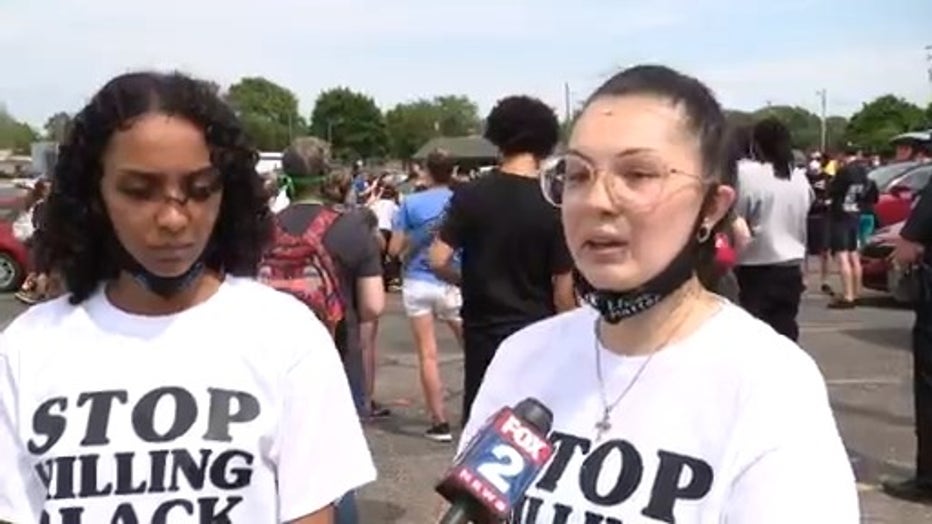 Both sides worked together, and breaking down barriers for some.

"I'm 24 years old and the uniform itself doesn't hold pleasurable memories for me for at least 20 of those 24 years," said Jared Edison. "The uniform doesn't make the man; the man makes the uniform. So I see past that."

The grassroots-led protest got the attention of hundreds including US Congresswoman Debbie Dingell (D-Dearborn).

From start to finish, peace and unity prevailed.

"If everybody has peace than we would not have to come out here anymore," said Michel.

"At the end of the day we are all people," Edison said. 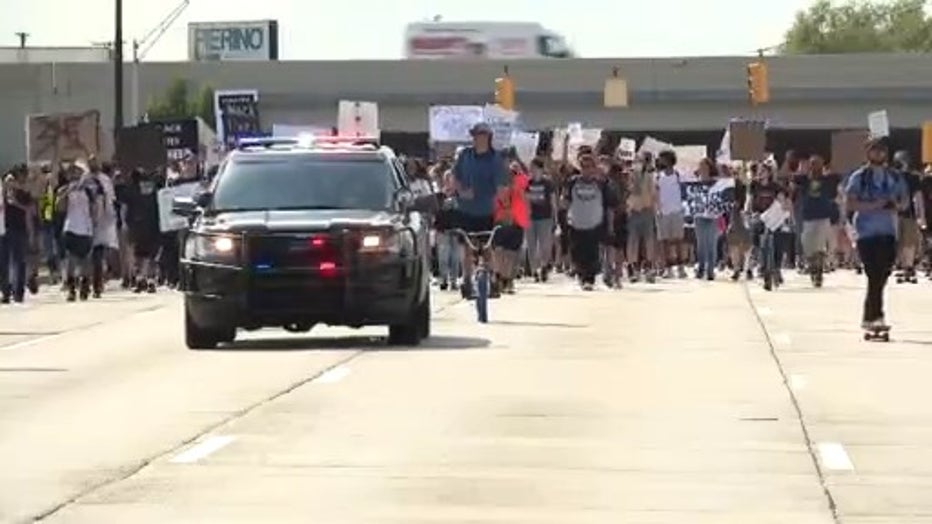