Daniel Hutchinson a prominent jeweler, was shot multiple times Wednesday afternoon after he left the pawn shop he owned on Greenfield and Miller Wednesday.

OAK PARK, Mich. (FOX 2) - When prominent jeweler Daniel "Hutch" Hutchinson was shot multiple times Wednesday afternoon after he left the pawn shop he owned on Greenfield Road in Oak Park, police said he had his wife in the car with him. They also said the murder was not a random shooting and the suspect knew Hutchinson.

Police said Hutchinson's wife was in the GMC Yukon Denali Wednesday afternoon when a car pulled up in the lane next to Hutchinson and fired more than a dozen rounds into the SUV. Despite sitting in the same vehicle, police said his wife was not hurt in the shooting, which Oak Park Police Lt. Marlon Benson said was a targeted act.

"This was not a random event, it was targeted - as far as reasons, we don’t know why he was targeted but we don't think this was an isolated event," he said.

Benson said police have made an arrest and are not looking into any other suspects at this time.

"The number of shots and there (were) no words exchanged," said Benson. "Nothing in the investigation says that these people knew each other might a had a bad beef towards each other."

Hutchinson also owned Hutch’s Jewelry, not far from where he was gunned down, doing business with some of Detroit’s most prominent music artists. He provided custom jewelry, necklaces, pendants, and Cartier glasses.

"My brother worked for him," said Marcus Brown. "My brother gave me a call and was like, 'Something happened out here (with) Hutch.' I ran up here just to see. He was a good guy, that's all I can really (say) about him. I don’t understand this."

Police now working on motives - why would someone come up to his vehicle and open fire.

"He had a lot of customers that loved him," said Benson. "As we know, he was a husband and a father and our hearts go out to his immediate family. We want to bring them closure in this case."

Rumors are swirling after the 47-year-old's death. Police say right now many of them are unsubstantiated but are not able to share much about the suspect. 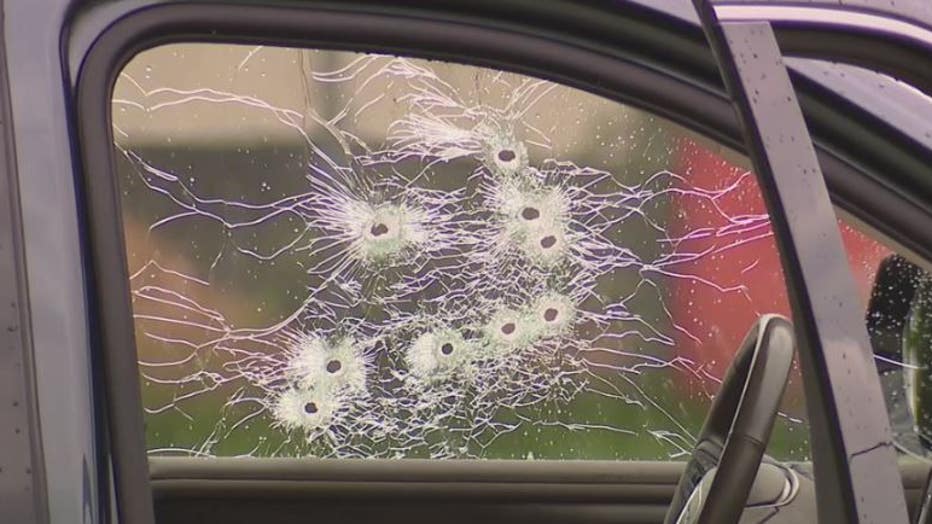