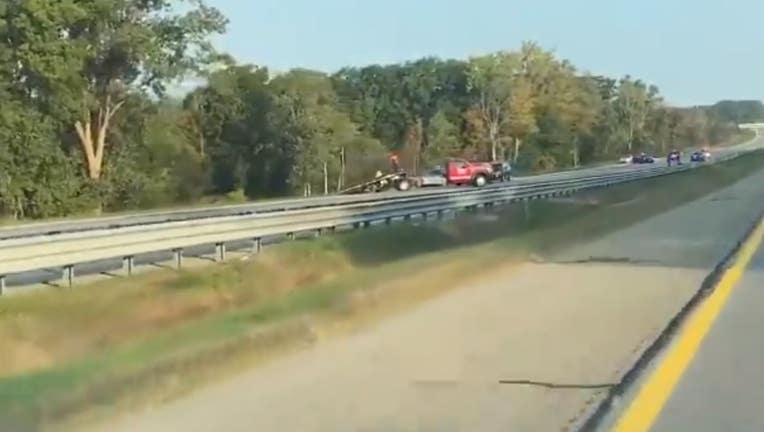 OAKLAND COUNTY, Mich. (FOX 2) - Michigan State Police have closed southbound I-75 between Dixie Highway and Grange Hall Road to investigate an accident where a man died after rolling his car and was ejected 40  yards.

According to MSP, the crash happened around 4:30 a.m. on southbound I-75 near Grange Hall Road. MSP said the driver, a Flint man, was going south on the highway when he lost control.

The southbound lanes of the highway were closed in Oakland County between Dixie Highway and Grange Hall Road while police investigate.

The car rolled over and the driver was ejected. Troopers said they found him about 40 yards from where the car came to rest. He was pronounced dead at the scene.

Police are still working to no notify the man's family.

Michigan State Police said the crash is believed to be caused by excessive speed and don't believe he was wearing a seatbelt.

Police are still on scene and investigating.