Jenn Gottschling doesn't get a lot of days out but on Monday, she wanted to split some Saganaki cheese with her friend at the Leo's Coney Island in Warren.

WARREN, Mich. (FOX 2) - Jenn Gottschling doesn't get a lot of days out but on Monday she wanted to split some Saganaki cheese with her friend at the Leo's Coney Island in Warren.

But then Jenn stood up in distress and other customers came over.

"No one knew what to do, so I just tried to help," said Falicia Clark.

"I started choking on the cheese," she said. "I really felt (at first) like I'm okay, if you watch the video, you can see I started to move myself, 'Oh my goodness I'm not OK.'"

But one customer took charge.

"I saw a lady stand up, I had already (seen) the lady moving back-and-forth," said Falicia

"She was really choking, yeah," said a waitress.

"Falicia Clark came up behind me and gave me some good Heimlich squeezes," said Jenn.

FOX 2: "You did the Heimlich maneuver. How did you know how to do that?"

"I've taken it every year every two years," Falicia said.

It turns out, Falicia Sullivan Clark has run a daycare center in Warren for 30 years -- and part of her training includes CPR and the Heimlich maneuver.

"The lady was great she was a hero," a waitress said.

"I don't consider myself a hero," she said. "I'm just a human and when I see another human in need, I just stepped in when I needed."

Jenn is perfectly fine today - but while she was choking.

"I was thinking while I was choking oh my gosh, my kids because, my husband has stage four cancer, I was just so panicked."

Jenn's husband Danny was diagnosed with stage four lung cancer just six months ago. He was hospitalized for a month, and now home, Jenn has rarely left his side.

"We know firsthand how quickly life can change, everything's fine and then your world upside down," she said.

So true - how quickly lives can change.

"I can't imagine if she wasn't there, and my kids had to hear, you know, your dad is dying and your mom, something had happened to her," Jen said. "So I'm so grateful to her." 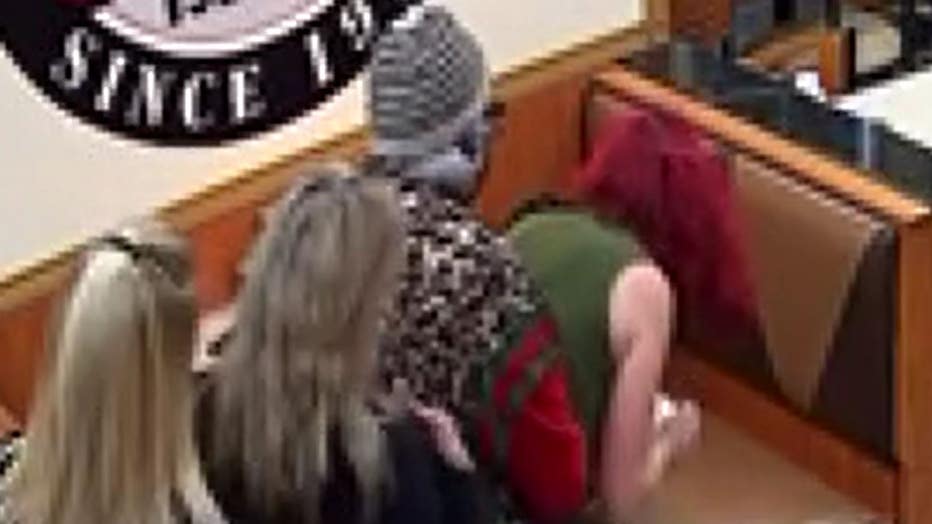