FOX 2 - In search of one of the best research universities, Chathuranga Hewa left Sri Lanka to study in the US and now he is working on his PhD in Chemistry at Wayne State University

This week Immigration and Customs Enforcement said international students attending US universities will have to leave or be deported if their school switches to online only courses, in response to the COVID-19 crisis.

Educators say not allowing international students to remain in the US is also disruptive to the economy.

"I'm trying not to think too much about it because we are already under a lot of pressure," said Hewa.

"I came in as international student so I feel from them," said Ahmad Ezzeddone.

Ezzeddone, originally from Lebanon, is the associate vice president for Educational Outreach and International Programs at WSU. He disagrees with the government's decision.

The University of Michigan's Ann Arbor campus is home to nearly 40,000 students and nearly 7,000 are from abroad.

"It's just wrong on so many levels," said Rick Fitzgerald, assistant vice president for public affairs at U-M. "Our leadership team agreed to join in an amicus brief that dozens of other universities are joining the lawsuit to stop these regulations because they are seen as punitive."

Educators say not allowing international students to remain in the US is also disruptive to the economy.

"In Michigan alone we have more than 30,000 international students who contribute $1.2 billion to the Michigan economy," Ezzeddone said. "That is not insignificant."

As for Hewa, he just wants to focus on his studies.

"We are here to study science and help humankind," he said. 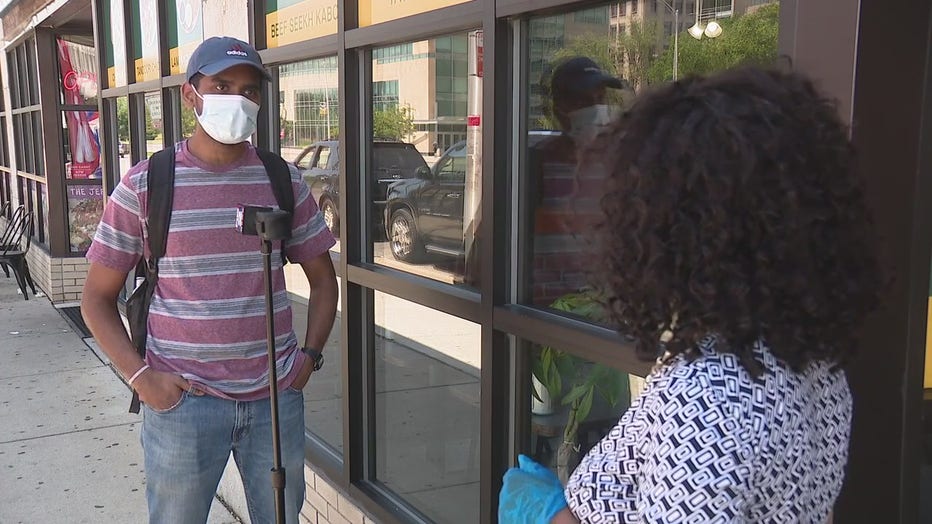