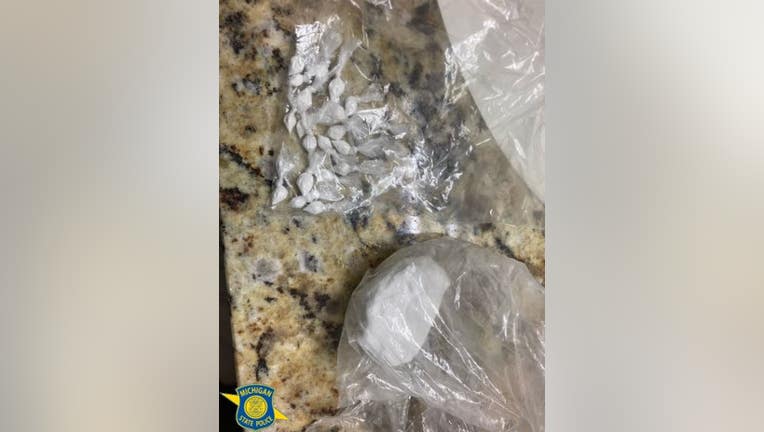 BENTON TOWNSHIP, Mich. (FOX 2) - Police seized 70 grams of fentanyl from an Illinois man who was selling the drug out of a Southwest Michigan motel.

Management at the Red Roof Inn in Benton Township had concerns about drug trafficking because many people were going to the suspect's room, so they contacted police.

Detectives identified the suspect as a 29-year-old man from Delton, Ill. They obtained a warrant and searched the man's motel room around 7 p.m. Tuesday.

During the search, they found 37 grams of fentanyl in small baggies and a 33.5 gram brick of fentanyl. They also found an undisclosed amount of cash.

The man was arrested for possession with intent to deliver fentanyl, two counts of delivery of fentanyl, and outstanding domestic violent warrants