DETROIT - Sandra Shenduk is an employee at Aramark, the company that does building maintenance for GM plants.

Part of the crew that walked off the line 24 hours before GM employees began picketing, she said the days of picketing are hard. Couple that with no more paychecks coming in and it feels any worse.

"Today I went to the pantry for supplies for my son and myself and I'm not used to this," said Shenduk. "I don't think any of us are used to it."

With UAW strike well into third week, picketers starting to feel the effects

As the UAW strike against General Motors drags into its third week, picketing workers living on a striking wage of $250 are starting to feel the effects. As negotiations remain stagnate between the automaker and union leadership, those marching the streets ensure they won't give up. However, with cooler weather finally settling in across the midwest, many are finding it difficult to continue picketing without their regular paycheck coming in.

While Aramark is part of a separate company, employees from them and General Motors are marching together.

"We do have tons of support from every other local bringing us food and prayers and just general thanks and joining us on the line and that really helps us and inspires us to keep going," said David Reynolds, another striking UAW member.

The GM strike has hit day 17. While far from the record length set in 1970, picketers are no longer receiving their regular wages. The money coming in is a "union wage" - a modest $250 a week.

"Two-hundred and fifty a week? How is that supposed to be living?" said Reynolds.

On the table for negotiations circle around four talking points: health care, wages, plant closures and the status of temporary workers - that last point being the most important.

Union leadership announced Tuesday afternoon that GM had made an offer Monday night, but the UAW had turned it down because they didn't satisfy the demands and needs of workers.

"When you are fighting for your rights, you be get some hard times. It's okay. No problem. We will wait for it," said another striking UAW member. 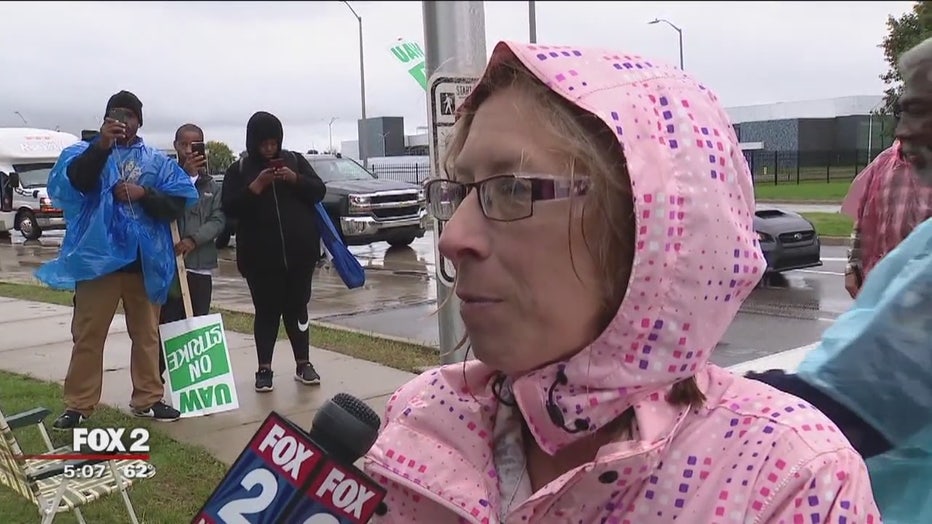 As both workers and the auto company are measuring losses in the hundreds of millions, reports came out that a cease in GM production has hit sales hard. Fiat-Chrysler announced its Ram pickup unseated GM's Chevrolet Silverado as the second-best-selling vehicle in the U.S. in 2019. Experts believe the UAW strike hindered those sales and that Ram will likely beat the Silverado by the end of the year for the first time ever.

"It's hard to think about it. You just think you want it to end sooner or later but we know it's going to be better for everybody at the end," said Shenduk.