Gerald Collin s is the executive vice president of Prudential Security, which has worked the parade in the past.

DETROIT (FOX 2) - A driver’s rampage killed five people and hurt dozens at a Wisconsin Christmas parade last weekend. As the nation mourns the unthinkable, it raises questions about security at Thursday’s Thanksgiving Day Parade in Detroit.

"I’m sure they’ve looked at that event thoroughly," said Gerald Collins, Prudential Security. "And probably right now at this moment putting in some stops to prevent that from occurring here. I know I would bring it to their attention."

Collins is talking about Detroit police and the security company hired to work this Thursday’s parade. He is the executive vice president of Prudential Security, which has worked the parade in the past.

"In any parade locally in Detroit, they’re going to have identification, and that has the route on the back and all access," he said.

Collins showed us his all-access badge from 2012. It's one way in which spectators can identify who’s keeping them safe.

He says when his company worked the parade, it used 100 security officers and set up a perimeter from start to finish with some officers roving the route.

"They were in constant communication, 24 hours a day, throughout, on the radio," he said.

Collins says each year a new threat looms. That’s where people in the crowd can help, too. He adds if you’re watching the parade and something seems off, use the camera on your cell phone.

"If you see something, snap a picture," he said. "Show it to that officer. that way we’ve got a record of it, and a timeline also."

FOX 2 called The Parade Company Detroit to ask if they have a comment on security changes based on what happened in Wisconsin. They referred us to Detroit police, which said it’s reviewing its plans carefully for Thursday. 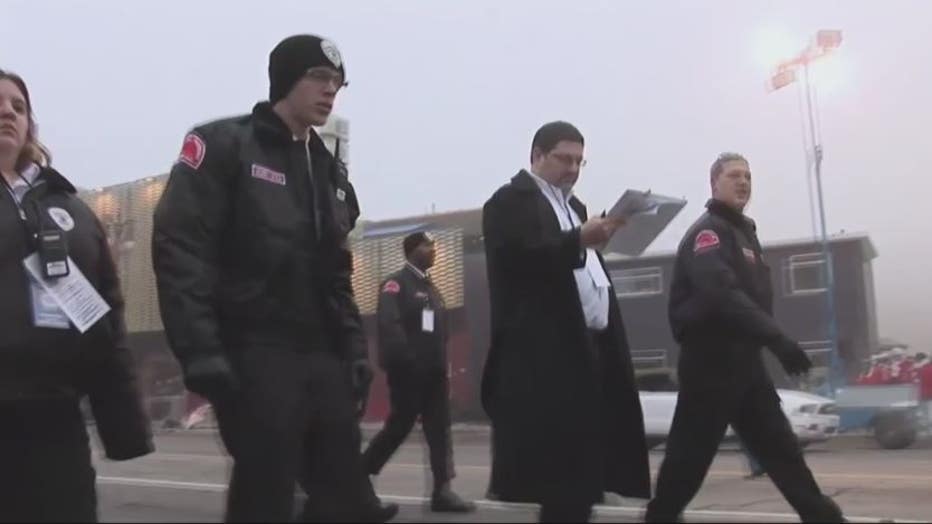