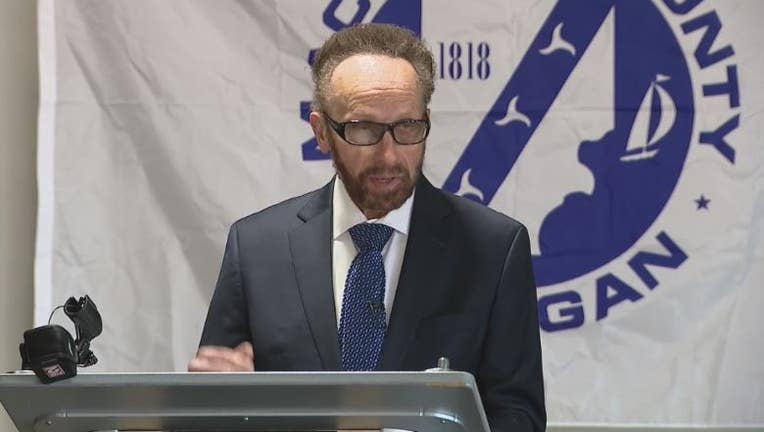 WARREN, Mich. (FOX 2) - On Thursday, a circuit court judge granted the Warren City Council’s request for a preliminary injunction against Warren Mayor Jim Fouts to stop him from diverting funds illegally from the city budget.

According to court records, Fouts is accused of using $675,000 from Downtown Development Authority funds to pay for television ads and promotions. This spending was unapproved.

The budget approved by the City Council in May 2021 cut some of Fouts' budget requests, including $615,000 in the DDA for contractual services that was being used for a TV ad campaign; and reduced community promotions in the DDA budget from $75,000 to $10,000.

Fouts is accused of telling city finance staff and the DDA that the city was going to use "the Mayor’s budget" instead of the $292 million budget approved by City Council.

City Council members said the Council began objecting to Four's use of the unapproved budget at its regular meetings beginning in July 2021.

Fouts posted his own budget requests on the city website and proceeded to implement the "Mayor’s Budget" without authority, according to the request for an injunction. The City Council filed a complaint with the State Department of Treasury on November 11, 2021, and the Department forwarded the complaint to the Attorney General.

"City Council is pleased with this ruling, and we hope this stops further illegal diversion of city funds.  We have a rogue Mayor who is spending large sums of taxpayer dollars without any authority. The Mayor was a 26-year council member and a former government teacher, and he knows the rules.  City Council has the final authority over the budget and the Mayor has intentionally disregarded the law, so he can promote himself," said City Council President Patrick Green.

Fouts could potentially be held liable for illegally spent funds.

"We may have no choice but to request the attorney general to recover these illegally spent funds for the taxpayers," Green said. "The Mayor has a history of illegally using tax dollars for political activity and self-promotion, and this Council is not going to tolerate it."

The City Council is concerned that Fout's illegal spending could extend beyond the DDA and include items in the general fund budget.

"I respectfully disagree with the judge’s ruling, but I am grateful for how fast he made it. My team has a city to run, and we need answers. Practically speaking, the decision will freeze spending for the DDA; although that is inconvenient, it is probably best, until we have a final decision on how to view the budget. Because I continue to believe that no branch of government rules supreme, I want to test today’s ruling on appeal.

"Important to note that Plante Moran a gold standard of auditors approved the DDA Audit and was received and filed by the council earlier this year.I believe that the district court ruling was based upon an unpublished case; Zalenko (small city) which did not delineate clear duties of the mayor and council, and not the more recognized published ruling case Stecher. Stecher deals with the city of Detroit and a large city, and honors the separation of powers between a mayor and council.The Warren charter requires a step-by-step procedure in which both branches of government must work in a cooperative and collaborative way.

"Courts give more credence to published case rather an unpublished case. I believe that no branch of government at any level is supreme. In a democracy, one branch of government cannot issue unilateral decisions regarding the budget or any other major issues.The city charter of Warren requires the council to work with mayor in a collaborative and cooperative way. The charter requires the council and mayor to follow a step-by-step process. If there is an impasse, the Charter requires the final decision to be the Mayor’s budget.

"The writers of the city charter recognized that the final tiebreaker rests with the full-time mayor, not a part-time council.I must make day-to-day decisions important to the health, safety, and welfare of the citizens of Warren. The city council does not have that responsibility. The founders recognized this and that is why the mayor, not the council, holds the final authority.

"Today, I had an important decision to make regarding a major windstorm that required important responses and directions to the police and Citizen’s Emergency Response Team (CERT). Every day I am charged with the responsibility of dealing with roads, major storms, various emergency issues, as well as, police and fire response. This is not a responsibility of the part-time council, but responsibility of a full-time mayor.Thus, I look forward to a judicial review of this preliminary decision by the Court of Appeals."