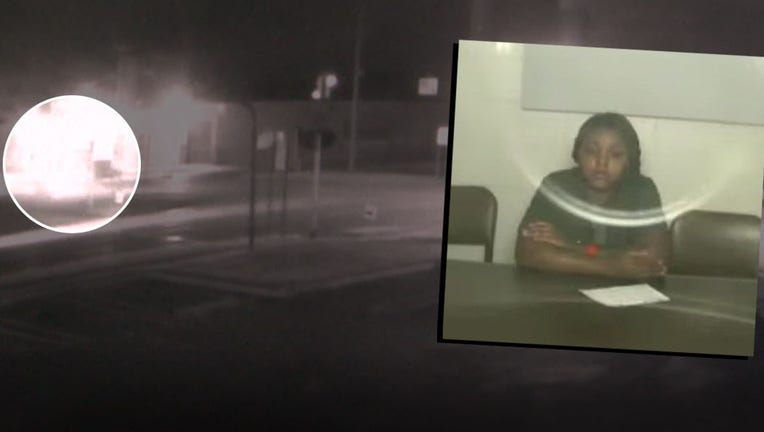 Shelby Ellis, 29, is accused of drunk driving with all of her children in the car with her when she crashed, killing her 3-year-old

FARMINGTON HILLS, Mich. (FOX 2) - An Inkster mom who is accused of driving drunk in a tragic crash that killed her 3-year-old was arraigned on charges on Monday where it was revealed that her BAC was more than three times the legal limit.

Shelby Ellis, 29, was charged with operating under the influence (OUI) causing death and OUI with an occupant younger than 16. During her first court hearing on Monday, a not guilty plea was entered on her behalf and she was ordered held on a $500,000 personal bond.

Authorities say Ellis had her six kids in the car - ages 10, 7, 5, 3, 18 months, and 8 months old - early Saturday morning as she was heading south on Inkster Road when she crashed into car driving west on 8 Mile in Farmington Hills.

The violent collision was captured on surveillance video from a nearby business.

The 29-year-old mom along with her five kids was taken to the hospital with non-life threatening injuries. Police said the kids have since been released to their grandparents.

The other driver in the crash, a 33-year-old man from Detroit, did not need to be transported from the scene but did take himself to the hospital for medical treatment said FHPD.

"This is an extremely tragic yet avoidable incident. This should serve as a stark reminder of the importance of using restraint devices and the dangers of operating a vehicle while impaired," said Farmington Hills Police Chief Jeff King.

If Ellis is able to make bond, she must wear an alcohol tether and would be subjected to random drug and alcohol tests.