A home that's been connected to Frank Lloyd Wright is going on the market in Canton and, while it could use a little bit of updating, it could be quite the find for the right buyer.

CANTON, Mich. (FOX 2) - An architectural gem is going on the market in Canton and the nearly 3,000 square foot home that's connected to the legendary architect, Frank Lloyd Wright.

The home was once owned by Dr. Harold Kominaris, who died in December at the age of 97. Now the piece of history that was built in 1946 comes with furniture, which was selected by architect Thomas McEvoy.

"He was the first home built in this subdivision and this is called canton country acres because all of the lots are  a little over an acre," agent John Goci said.

The home was built in 1946 by McEvoy, an understudy of the legendary architect, who even helped pick out all the furniture that's still in the house today.

"There was $25,000 that were put in the furnishings in the home in 1957 - they went to Hudson's downtown and they bought everything with the architect," Goci said.

It was all so special, they covered it in plastic, which is how it remains. To have the classic furniture, you have to buy the house.

"They picked everything out specifically for their home so in his will he said all the furniture has to stay with the house," Goci said.

There are some unique pieces inside the one-of-a-kind home and a pool that needs some major attention. But the right buyer could really find a great place as the home embraces the nature around it.

"You can be inside and have a complete view and feel that you're actually part of the exterior of your house - you can have kids and guests out  here while you're inside preparing some drinks and stuff," Goci said. "One of the big things is to be one with nature - it's not just about living in the home but also being open to the surroundings in your yard."

The house on South Drive in Canton has four bedrooms, five baths, and is 2,900 square feet. It's listed for $350,000 and Goci said they've already gotten lots of attention in two days. But the home will need attention and money to bring it back.

"We've had 22 showings in 2 days (and) we have an open house this weekend from 12 to 2 on Saturday and Sunday," he said. "They know that it's going to take some money to bring it to it's former glory but you know what it's got good bones and i think that it will be a very easy project." 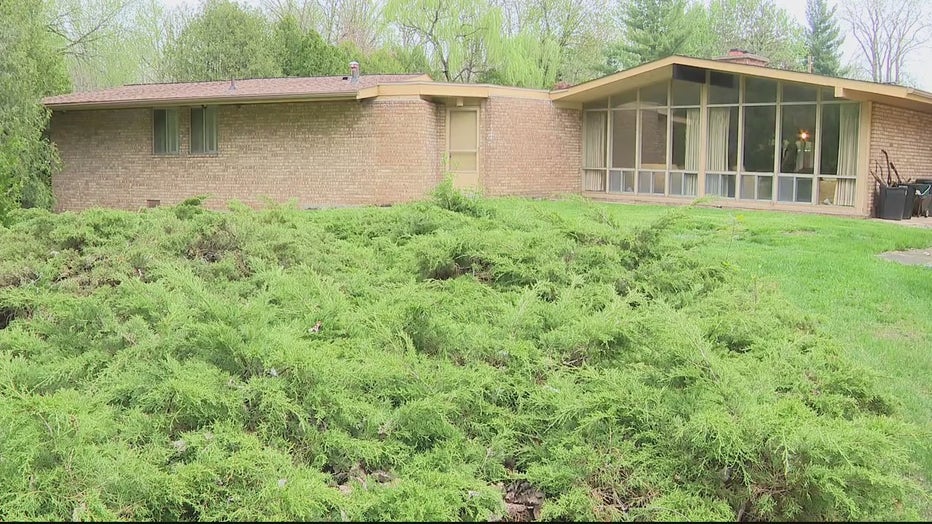